The MLAs will leave from Panaji at 10.45 pm on Wednesday and reach Delhi. 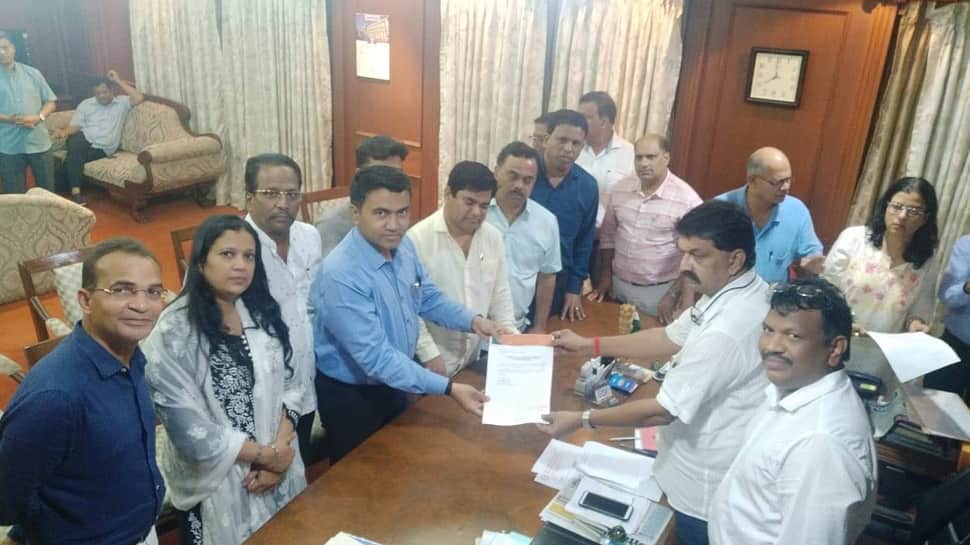 Amid the ongoing political crisis in Karnataka, the Congress party on Wednesday received another jolt in Goa after ten of its MLAs joined the Bharatiya Janata Party (BJP). The MLAs led by Chandrakant Babu Kavlekar, leader of opposition in the Goa Assembly, joined the BJP. Kavlekar may be given the post of the deputy chief minister, according to sources.

The group of Congress leaders led by Kavlekar met Speaker Patnekar in the evening to give a letter informing him about their decision, according to news agency ANI.

Chief Minister Pramod Sawant was also present when the entire group of legislators arrived at the assembly complex. Deputy Speaker of Legislative Assembly Michael Lobo was also present with them, reported ANI.

Elaborating on the development Lobo told ANI, "Ten MLAs of the Congress party have split from the Congress. Speaker Rajesh Patnekar has accepted the resignations of the 10 MLAs, who form two-thirds of the Congress legislative party of 15 MLAs."

Goa Governor Mridula Sinha will arrive in Goa from Delhi late at night.

Earlier the MLAs met Assembly Speaker Rajesh Patnekar and asked him to identify them as a separate group.

Will continue to fight for Amethi, says Rahul on his first visit to constituency after defeat