Pakistan is notoriously infamous for trying to create unrest in Jammu and Kashmir, and then rushing for international intervention. 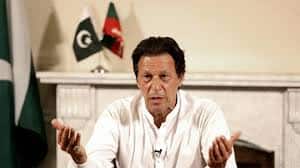 Pakistan has once again begun attempts to try and disrupt peace in Jammu and Kashmir, and while its nefarious attempts have been completely hollow, Imran Khan on Sunday revived the call for third-party mediation.

Pakistan's security forces - Border Action Team in particular, has made attempts to infiltrate into the Indian territory in the Keran Sector of LoC. Pakistan has also violated ceasefire by resorting to unprovoked firing but such provocations have been firmly dealt with by Indian forces. At least five Pakistani soldiers were killed as well when they were trying to enter Indian territory in a bid to target installations here.

After its failed attempts at trying to create chaos and panic in Jammu and Kashmir, Pakistan has now resorted to a typically false narrative of Indian atrocities. PM Imran, despite being neck-deep in economic woes, has revived the US offer of mediation. "President (Donald) Trump offered to mediate on Kashmir. This is the time to do so as situation deteriorates there and along the LOC with new aggressive actions being taken by Indian occupation forces. This has the potential to blow up into a regional crisis," he tweeted on Sunday.

President Trump offered to mediate on Kashmir. This is the time to do so as situation deteriorates there and along the LOC with new aggressive actions being taken by Indian occupation forces. This has the potential to blow up into a regional crisis.

While Pakistan blamed India for aggravating the current ground situation, it is Islamabad that has been desperately trying to create a scenario which it could then use to make a case for international intervention. India has always maintained that no third country should interfere in the Kashmir matter and that peace talks with Pakistan cannot be possible till such time that the country stops harbouring, supporting and sheltering terrorists and terror organisations.

Even when Trump had falsely claimed that PM Narendra Modi had asked him to mediate in the matter, India had clarified unequivocally that no such talk had ever taken place.

Security analysts are well aware of Pakistan's despicable ways of trying to create unrest in Jammu and Kashmir, blaming India for it and then rushing for international intervention. India has always maintained that Jammu and Kashmir is an integral part of India and international mediation is unacceptable, and that it is Pakistan that is trying to sabotage peace here by waging a proxy war through terrorists as well as often using its own security personnel.