Taking note of the public resentment against the changes made to Jallianwala Bagh, the Amritsar district administration has made a few recommendations to the Department of Tourism and Cultural Affairs. 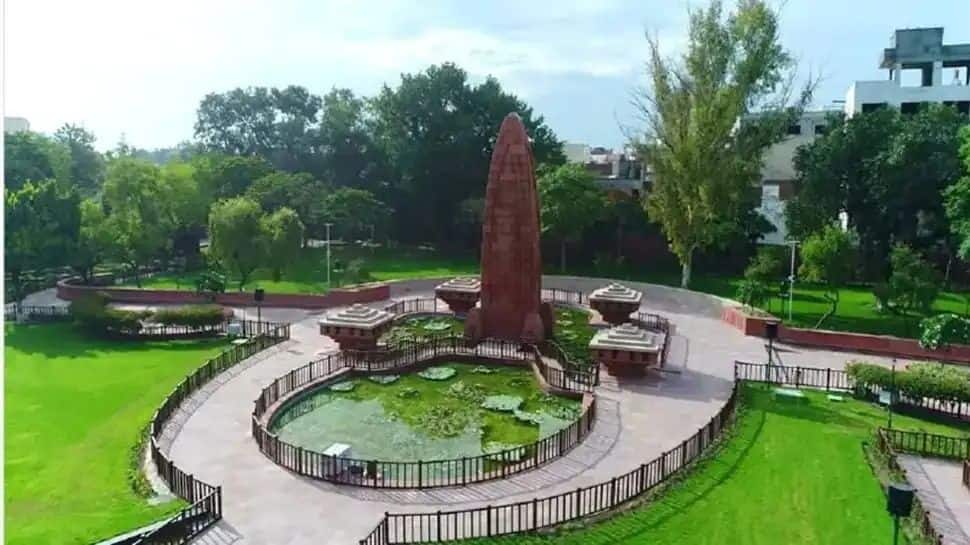 Amritsar: The issue of objectionable changes made in the Jallianwala Bagh during its renovation has once again cropped up in Punjab. The kin of those who died in the Jallianwala Bagh pogrom, the general public, historians and several politicians, the district administration, while pointing at the objectionable work, made several suggestions to assuage the hurt feelings of people.

The continuous protests and dharnas against the renovations had been creating a law and order situation in the district.

Notably, Prime Minister Narendra Modi had on  August 28, 2021, virtually inaugurated the renovated Jallianwala Bagh, a national memorial where hundreds of gullible people were killed on the day of Baisakhi on April 13, 1919.

However, the newly renovated Jallianwala Bagh memorial courted controversy after not only Congress leader Rahul Gandhi and several other politicians prominently among them CPM leader Sitaram Yechury but also the Jallianwala Bagh Shaheed Parivar Samiti (JBSPS) raised objections on the national memorial’s facelift and instead accused the government of allegedly destroying the original character of the Jallianwala Bagh.

President of JBSPS Mahesh Behal has primarily raised objection over altogether altering the originality of the entry lane and giving it a new look by plastering its walls with cement and murals on both sides, closing the doors and windows and wooden logs on the lane. Several other objections were raised to the newly made renovation including setting up of ticket counters.

Taking notice of the public resentment against the changes made in the historical site, the Amritsar district administration made few recommendations to the Department of Tourism and Cultural Affairs since the people's outpour against the renovations was becoming a law and order problem for the district civil and police administration to handle.

Sources informed Zee News that the administration has suggested doing away with the ticket counters which are installed for charging tickets from the visitors.

Like others, the administration has also raised objections on murals displayed on the sidewalls of the historic narrow lane which is the entrance of Jallianwala Bagh.

”It doesn't depict cruel massacre by the British army and are rather indicative of a festival which undermines the historical importance of this site in the eyes of future generations,” said sources.

The administration has also raised objections to the position of the hand of the statue of Shaheed Udham Singh altering the originality of the historical well where hundreds of people had jumped to save from British cruelty and lost their lives.

The administration has also suggested restoring the Amar Jyoti to its original spot. “The changes affected in the layout of Jallianwala heritage site to a place of Bagh has transformed it to a place of recreation, holidaying and picnic spot which hurts the kin of the martyrs,” said sources.

The other recommendations include the closing of the alternate exit gate made in the Jallianwala Bagh since historically there used to be only one entry and exit point.