"Humanity comes first. Basirhat is a sensitive zone but we will make sure that people there are safe and do not suffer." 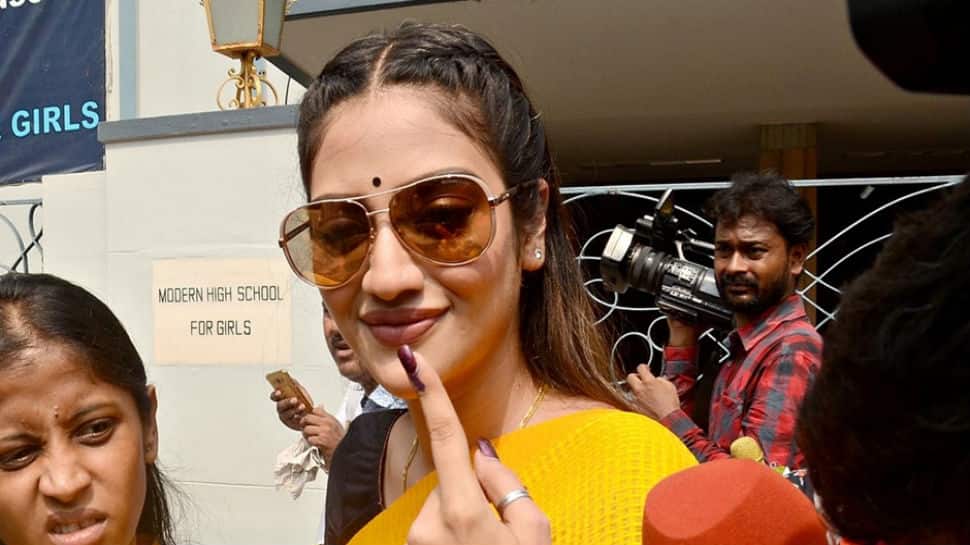 With rising tensions between the Trinamool Congress (TMC) and the Bharatiya Janata Party (BJP) in various parts of West Bengal, Basirhat MP Nusrat Jahan has appealed for peace and calm.

Actress-turned-politician Nusrat won from the Basirhat parliamentary seat on a TMC ticket in the recently-concluded Lok Sabha election. The election was marred with incidents of violence between TMC and BJP and this has continued well after the results. At least three people were killed in Basirhat recently when TMC and BJP cadre clashed here. Appealing to people to rise above party differences, Nusrat claimed that the ground situation had been brought under control. "Hi friends, the matter is being taken care of and things are under control. We must appeal for peace now, this is not a communal affair irrespective of which party they belong to," she said. "I am praying for the families of people who lost their lives."

Among the dead is one worker from TMC and two from BJP. The BJP, however, has claimed that five of its workers have been killed in Basirhat and that they had been shot through their eyes. Nusrat has said safety of people is priority. "Humanity comes first. Basirhat is a sensitive zone but we will make sure that people there are safe and do not suffer."

At a time when tensions between the two political parties refuse to subside, both have levelled serious charges against each other. While TMC has, in the past, accused BJP of bringing in people from outside West Bengal to create anarchy, BJP has repeatedly blamed Mamata Banerjee of undermining democracy and resorting to violence. BJP's state leaders have asked Home Minister Amit Shah to take stock of the situation. "Union Home Minister has asked for a report from the state govt and I am sure Centre will take this up seriously. There is a lot of anger among the people over the incident," Kailash Vijayvargiya,BJP National General Secretary, told news agency ANI on Sunday.