In the past year, the government has done a lot of work to root out terrorism from the state, said the Home Minister. 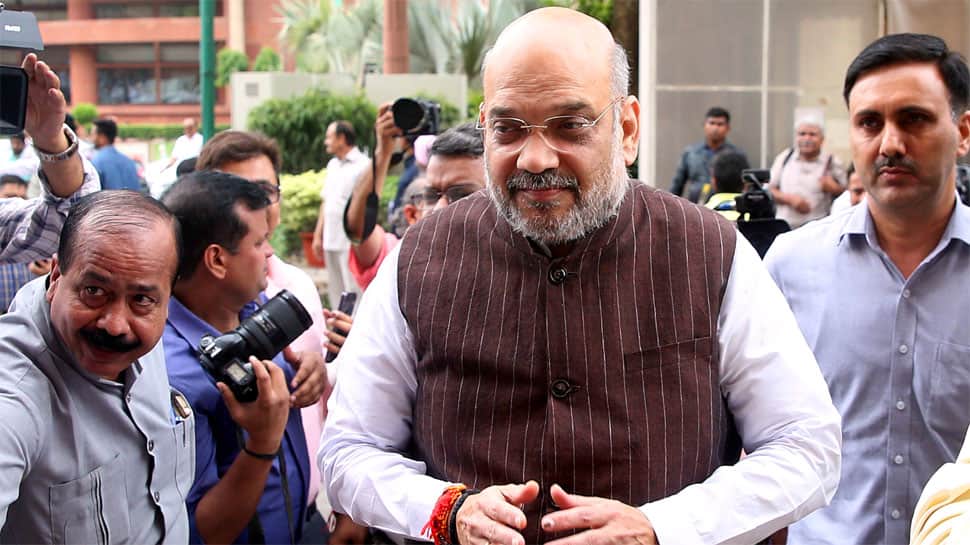 NEW DELHI: Union Home Minister Amit Shah Friday moved the resolution to extend President's Rule in Jammu and Kashmir by six more months and proposed that the Assembly elections be held in the state by the end of this year.

Moving the resolution, Shah said, “This bill is not to please anyone but for those living near the International Border."

“It is essential that the President's Rule be extended for another six months with effect from July 3, 2019,” said Shah. “The Election Commission has held talks with the Central Government and all political parties and decided that it would be possible to hold elections at the end of this year, after the Amarnath Yatra,” he added.

In the past year, the government has done a lot of work to root out terrorism from the state, said the Home Minister.

“In Jammu and Kashmir, Panchayat elections were not held for many years. But in the last one year, our Government conducted elections in more than 4000 panchayats and more than 40,000 Panch Sarpanchs are serving people today,” he said.

“The state has seen bloodshed in previous elections, but things have changed. This time, there was an election for 40,000 posts, but not a single person lost his life. There was no violence in Parliamentary elections too. This shows that the law and order in Jammu and Kashmir is better,” he told the lower house of Parliament.

This is the first proposal Shah has moved in the Lok Sabha after being appointed as the home minister in the second tenure of the Narendra Modi government.