Amit Shah rips into Rahul Gandhi, charges him of lying in the name of an unwell person 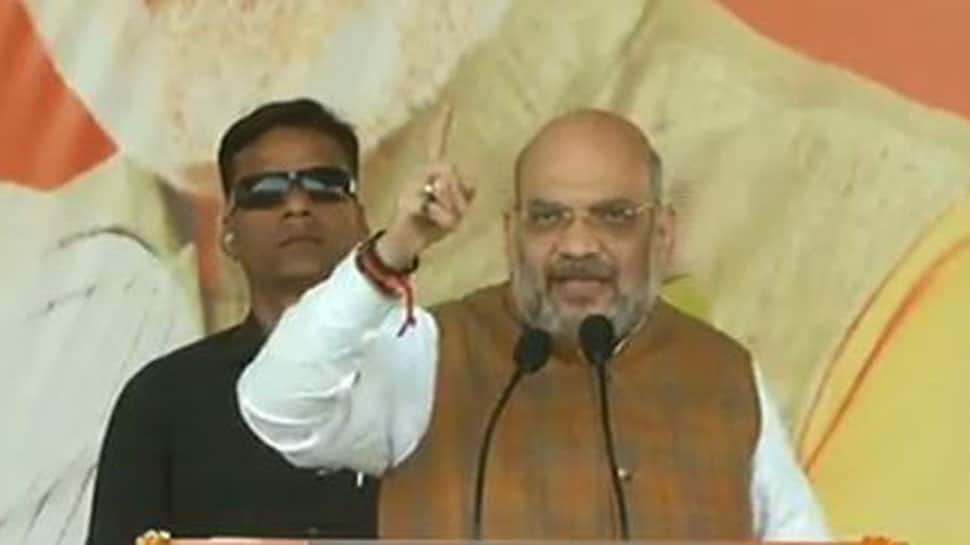 Ripping into Congress president Rahul Gandhi, BJP chief Amit Shah on Wednesday charged him with "lying" in the name of a person fighting a disease and claiming that people of India are "disgusted by your reckless behaviour". He also accused Rahul of being insensitive.

After meeting Goa Chief Minister Manohar Parrikar on Tuesday, the Congress chief said that Parrikar stated he had nothing to do with the 'new (Rafale) deal' that was "orchestrated by Prime Minister Narendra Modi to benefit Anil Ambani".

Taking to Twitter, Shah said, "Dear Rahul Gandhi, you showed how insensitive you are, by lying in the name of a person fighting a disease. The people of India are disgusted by your reckless behaviour. In his trademark style, @manoharparrikar ji sets the record straight."

In a letter, Parrikar asked Rahul not to use his visit to an ailing person to "feed political opportunism", saying that paying a courtesy visit and then stooping so low to make a false statement for petty political gains has raised in his mind questions about sincerity and purpose of the visit.

Parrikar said he felt let down that rahul used this visit for his petty political gains as the five minutes they spent together, neither did the Congress president say anything about Rafale nor did they discuss anything related to it. "Here I am fighting against a life-threatening illness. Due to my training and ideological strength, I wish to serve Goa and its people against any/all odds. I thought your visit would give me your good wishes in that cause of serving our people. Little did I know that you had other intentions," Parrikar wrote.