Amid apprehensions that Sikh hardliners might create trouble in the Golden Temple complex, more than 3,000 security personnel have been deployed to maintain law and order. 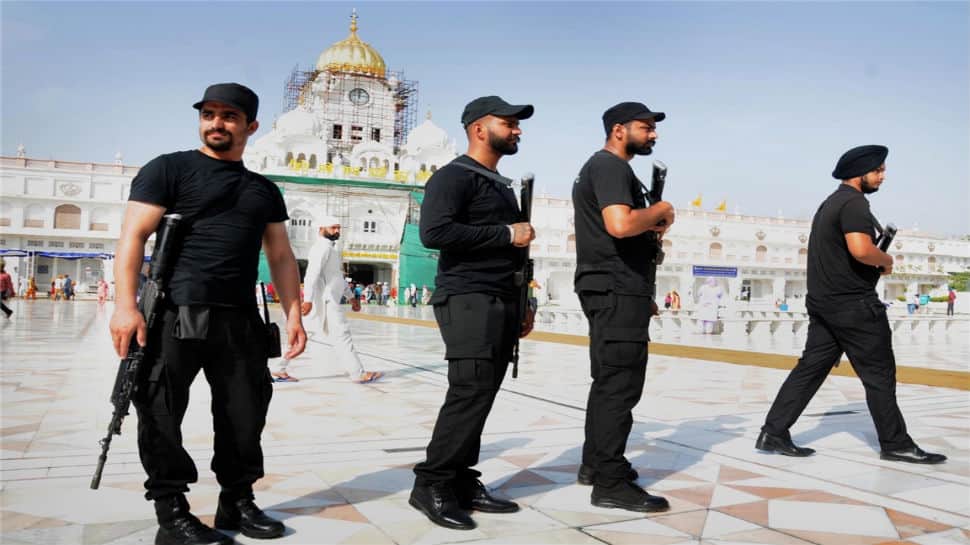 Amritsar: Amritsar has turned into a virtual fortress ahead of the 35th anniversary of Operation Blue Star on June 6, with more than 3,000 security personnel deployed and police maintaining a hawk-eyed vigil in sensitive areas.

The Army had carried out Operation Blue Star in June 1984 to flush out militants hiding in the Golden Temple complex here.

Amid apprehensions that Sikh hardliners might create trouble in the Golden Temple complex, more than 3,000 security personnel have been deployed to maintain law and order, police officials said on Wednesday.

Flag marches are also being conducted in several areas and surveillance of vulnerable areas is being carried out through CCTV cameras, they said.

The officials said policemen have been deployed at all the entry and exit points of the city, including the airport, the railway station and the city bypass.

Vehicles coming into the city from outside are being checked to prevent the entry of any miscreants, they added.

Parallel Jathedar of Akal Takht, Dhian Singh Mand, said that he would participate in the event.

The SGPC has also deployed its task force within the Golden Temple complex to avert any untoward incident.

It is also checking the antecedents of devotees who have come to the Golden Temple for a night stay as part of its measures to keep a check on troublemakers.

Amritsar Deputy Commissioner Shiv Dular Singh said a ban has been imposed on carrying any arms, including sharp-edged weapons, for the next five days in the city.

Security personnel have been maintaining strict vigil after two motorcycle-borne dumped a bag containing two hand grenades and fled when they were asked to stop at a check post near an Indo-Pak border village here on Monday.

Police suspect that a militant outfit, Khalistan Liberation Force, is trying to create disturbance in Punjab in view of the anniversary of Operation Blue Star.

Radical Sikh outfit, Dal Khalsa, has called for a shut down in Amritsar on Thursday to protest the Army action in the Golden Temple.