AN 32 crash: Mortal remains of brave air warriors to be taken to Jorhat airbase today

The IAF had ordered a Court of Inquiry to investigate the cause of the accident. 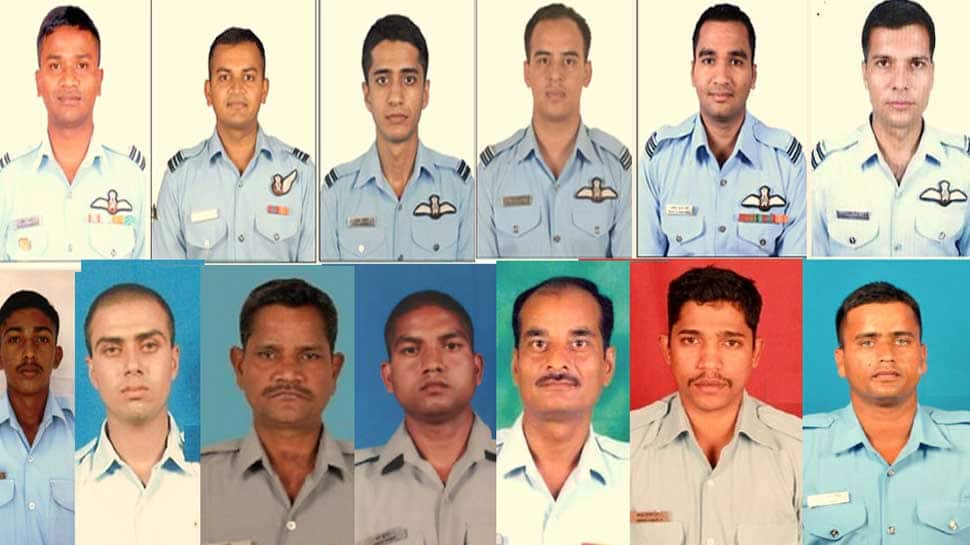 New Delhi/Itanagar: The mortal remains of all 13 brave air warriors who were onboard the IAF's AN-32 transport aircraft, which crashed in Arunachal Pradesh on June 3, will be taken to Jorhat airbase in Assam on Friday.

The IAF had said on Thursday that no effort was being spared in ensuring the expeditious transfer of their mortal remains to their parent base at Jorhat.

The flight data recorder (black box) and cockpit voice recorder of AN-32 transport aircraft were also recovered from the crash area, the IAF said. The recovery of the black box is expected to help the investigators reconstruct the events leading to the crash.

Meanwhile, a Court of Inquiry has also been ordered by the IAF to investigate the cause of the accident.

The wreckage of the aircraft was spotted 16 km north of Lipo in Arunachal's West Siang district at an approximate elevation of 12,000 ft by an IAF Mi-17 helicopter on Tuesday.

According to the statement, two km from the crash site, an area was designated and a camp was established for helicopters to land with the recovery parties.

On Wednesday, a team of nine IAF personnel (including mountaineers), four Army Special Forces personnel and two local mountaineers were dropped at the campsite.

The bodies of the crash victims were found to be dismembered, state government official Gijum Tali said.

IAF spokesperson, Wing Commander Ratnakar Singh said a Court of Inquiry has been ordered to investigate the cause of the accident.

"IAF pays tribute to the brave air warriors who lost their lives in the line of duty. IAF is making all efforts to recover the mortal remains. No effort is being spared in ensuring the expeditious transfer of the mortal remains of the air-warriors to their parent base at Jorhat air base," Singh said.

IAF Pays tribute to the brave Air-warriors who lost their life during the #An32 crash on 03 Jun 2019 and stands by with the families of the victims. May their soul rest in peace.

The AN 32 took off on June 3 from the Jorhat airbase for the Mechuka Advanced Landing Ground in Arunachal`s Shi-Yomi district bordering China but lost contact with the ground agencies within 35 minutes.

After the disappearance of the aircraft, the IAF commenced extensive search operations under the direct supervision of the Eastern Air Command HQ at Shillong.

Resources from various agencies, including the ISRO, were brought into the operation to enhance its effectiveness. CARTOSAT and RISAT satellites of the Indian space agency also took images of the area, which assisted the search team in locating the aircraft.

Extensive support towards the rescue operation was also provided by the state government and police and the local population. On June 8, the IAF announced a reward of Rs 5 lakh for any information leading to the location of the missing aircraft.