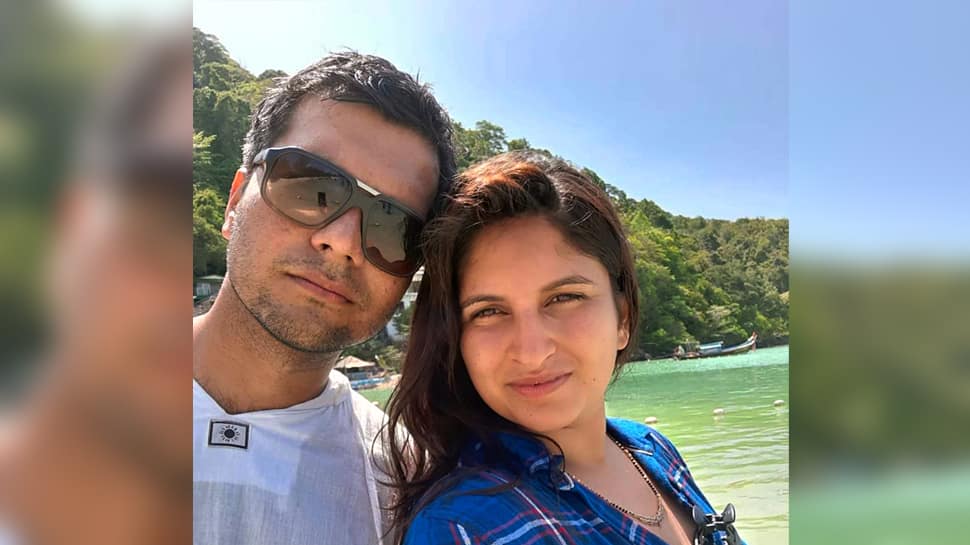 New Delhi: Sandhya Tanwar was on duty at the IAF's Air Traffic Control in Jorhat, watching as her husband Ashish Tanwar piloted an AN-32 aircraft that took off from the airbase for the thickly forested area of Menchuka in Arunachal Pradesh that fateful Monday afternoon.

Barely half an hour later, the plane went off the radar, leaving the young Tanwar to be one of the first to know about the disappearance of the IAF transport aircraft that had 12 others on board.

The IAF has said the aircraft took off from Jorhat 12.27 pm for the Menchuka advance landing ground in Shi-Yomi district in Arunachal, and its last contact with the ground control was at 1 pm.

According to sources, Sandhya, a flight lieutenant-rank officer was on duty at the ATC when the transport aircraft took off with her 29-year-old husband, and 12 others on board. "She was on duty even when the aircraft went off the radar," a source said, adding, she passed out of the Air Force Academy (AFA).

Ashish Tanwar, who hails from Haryana's Palwal, had joined the IAF in December 2013 after completing his B.Tech degree. Sombre mood prevailed at Tanwar's native Deeghot village in Palwal.

A total of eight air crew and five passengers were on board the ill-fated aircraft.

The AN-32 is a Russian-origin aircraft and the IAF currently operates a sizeable number of it. It is a twin-engine turboprop transport aircraft. An AN-32 aircraft had crashed near a village in West Siang district of Arunachal Pradesh in June 2009 in which 13 defence personnel were killed. The aircraft had crashed over the Rinchi Hill above Heyo village, about 30 km from Mechuka advance landing ground.

In July 2016, an AN-32 aircraft went missing while taking off from Chennai for Port Blair with 29 people on board. The aircraft could not be traced following weeks of massive search operations covering 2,17,800 square nautical miles by multiple aircraft.

Months later, an IAF court of inquiry concluded that it was unlikely that the missing personnel on board the aircraft would have survived the accident.