"You cannot get such hybrid breed in any laboratory in the world, it is available in our country's Congress laboratory only," he said, attacking Rahul. 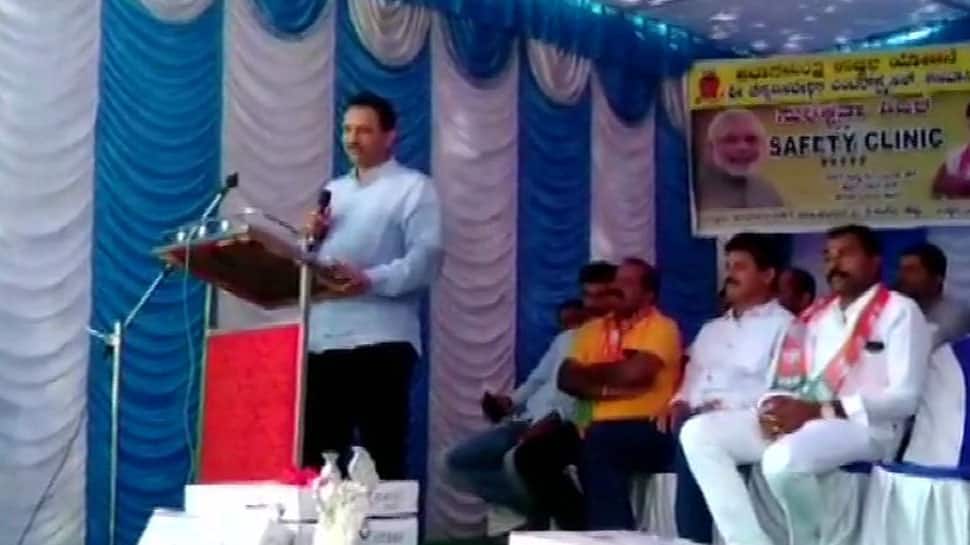 Union Minister Ananth Kumar Hegde on Wednesday called Congress president Rahul Gandhi a "hybrid breed", saying how can the son of a "Muslim" father and Christian mother be a Brahmin. He also hit out at Rahul for his repeated allegations targeting the Narendra Modi government over the Rafale deal.

Addressing an event in Uttara Kannada district, Hegde said, "...They have no sense about religion. See how much they lie, father is a Muslim, mother a Christian, son is Brahmin. How did it come?"

"You cannot get such hybrid breed in any laboratory in the world, it is available in our country's Congress laboratory only," he said, attacking Rahul.

A priest at the Pushkar lake in Rajasthan, who presided over the puja offered by Gandhi during the poll campaign there, had said that the Congress president's gotra was 'Duttatreya' and he was a Kashmiri Brahmin.

Hegde's comments come days after he said at an event at Madikeri that a hand that touches a Hindu girl's body should not be there.

On Monday, Hegde referred to Karnataka Congress president Dinesh Gundu Rao as "a guy who ran behind a Muslim lady" after he criticised the BJP leader's remarks.

Gandhi had criticised Hegde's comments and said, "This man is an embarrassment to every Indian. He's unfit to be a Union minister and deserves to be sacked."

Attacking the Congress chief over Rafale Wednesday, Hegde said there was a "limit to lying". "Rahul Gandhi these days is uttering Rafale, Rafale... He doesn't know how many letters are there, he doesn't know the spelling. He thinks Rafale is a three-wheeled cycle....," he alleged.