Hazare will launch the strike at 10 am in his village Ralegan Siddhi. 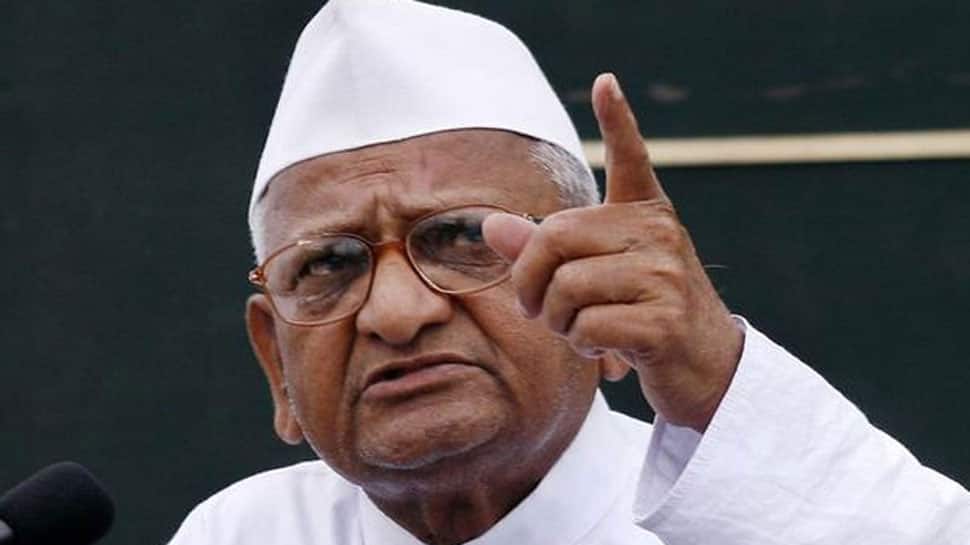 New Delhi: Noted anti-corruption crusader and social activist Anna Hazare will sit on a strike starting Wednesday over the Centre's failure to appoint the anti-graft ombudsman Lokpal. He will launch the strike at 10 am in his village Ralegan Siddhi.

The veteran anti-corruption leader slammed the Modi government for not implementing the Lokpal and Lokayuktas Act, 2013 despite an order of the Supreme Court.

This will be Hazare's third hunger strike over the demand of Lokpal in the last eight years. Leading civil society members and groups, he sat on an indefinite hunger strike at the Ramleela ground in the national capital for the first time in April 2011.

Hazare asked his followers not to crowd Ralegan Siddhi, where he will be on fast unto death, and hold the hunger strike at their respective places.

Rashtriya Kisan Mahapanchayat that has extended support to Hazare, said farmer outfits across the country will join the hunger strike.

Organisations of farmers in 15 states, including Madhya Pradesh, Punjab, Rajasthan and Maharashtra, have assured to join the hunger strike and more are expected to do so in the coming days, said core committee member of the Mahapanchayat, Shiv Kumar Kakka.