The train services have primarily been hit across Murshidabad. Trains were stopped at Jangipur, Mahipal and other railway stations nearby. Trains services between Lalgola and Palasi has been cancelled. Protestors have torched down a ticket counter at Sakrail railway station. 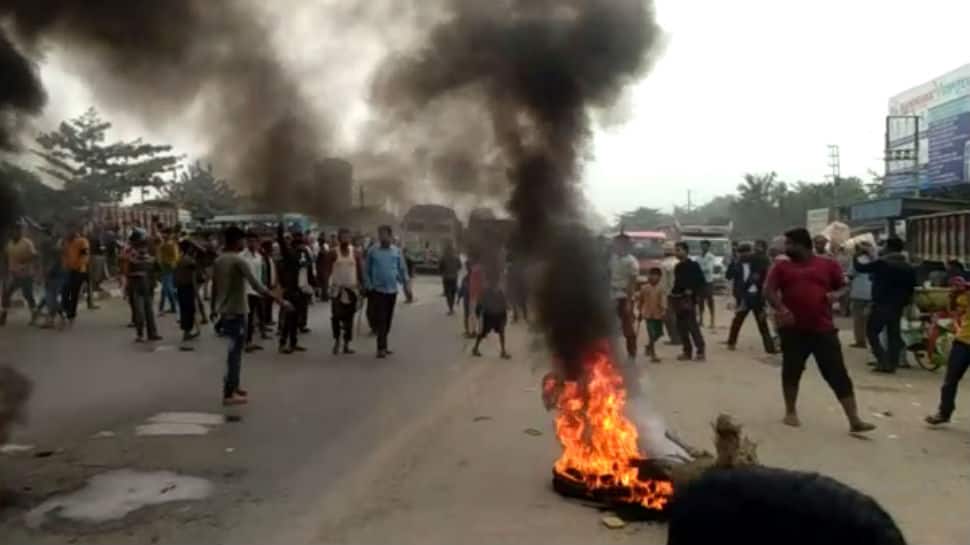 New Delhi: The anti-Citizenship Act protests hit parts of West Bengal on Saturday. Incidence of violence was reported from Howrah and Murshidabad districts. Protestors blocked roads and vandalised railway stations, leading to disruptions in vehicular movement and train services. Buses were also vandalised and public property was damaged by the agitators.

An angry mob pelted stones at a train engine at Uluberia railway station and set up a blockade on tracks.

The train services have primarily been hit across Murshidabad. Trains were stopped at Jangipur, Mahipal and other railway stations nearby. Trains services between Lalgola and Palasi has been cancelled. Protestors have torched down a ticket counter at Sakrail railway station.

Police lathicharged at Kona Expressway to remove the protestors and opened tear gas.

Murshidabad imam, meanwhile, appealed to the protestors to maintain peace in the district.

On Friday, a mob, carrying posters against the CAA and the proposed National Register of Citizens (NRC), vandalised the Beldanga railway station in Murshidabad district, forcing the railway employees to flee. The protesters torched the station master's cabin and ransacked the ticket counter before setting it on fire. They also sat on the track, disrupting train movement between Lalgola and Krishnanagar.

Another large group of protesters obstructed the National highway at Beldanga, burning tyres and damaging vehicles, including an ambulance.

Vehicular traffic was halted at various points of the district, including Jalangi, Raghunathganj, Sahmserganj, Kandi, Baharampur and Domkal.

The mob earlier blockaded the track, adversely hitting train movements on the Howrah-Kharagpur section on both up and down lines.

Governor Jagdeep Dhankhar appealed for peace and asked people to believe in the rule of law and the laws passed by Parliament and described the violence as unfortunate.

Besides West Bengal, the northeastern region, especially in the states of Assam, Tripura and now Meghalaya, have witnessed widespread violent protests against the CAA.

Before becoming a law, the Citizenship Amendment Bill was passed by both Lok Sabha and Rajya Sabha to provide Indian nationality to Hindus, Christians, Sikhs, Parsis, Jains and Buddhists fleeing persecution in Pakistan, Afghanistan and Bangladesh with a cut-off date of December 31, 2014.

(With inputs from Zee 24 Ghanta)

My name is not Savarkar, will never apologise for truth: Rahul Gandhi at Bharat Bachao rally