Protests against the Act were witnessed in the state since the start of December and it had turned violent in different parts of the city last week. Several vehicles were torched in Rampur by rioters and clashes with police rocked Gorakhpur, Bulandshahr, Sambhal, Bijnor, Varanasi, Kanpur, Agra, Meerut, Firozabad and other parts of the state. 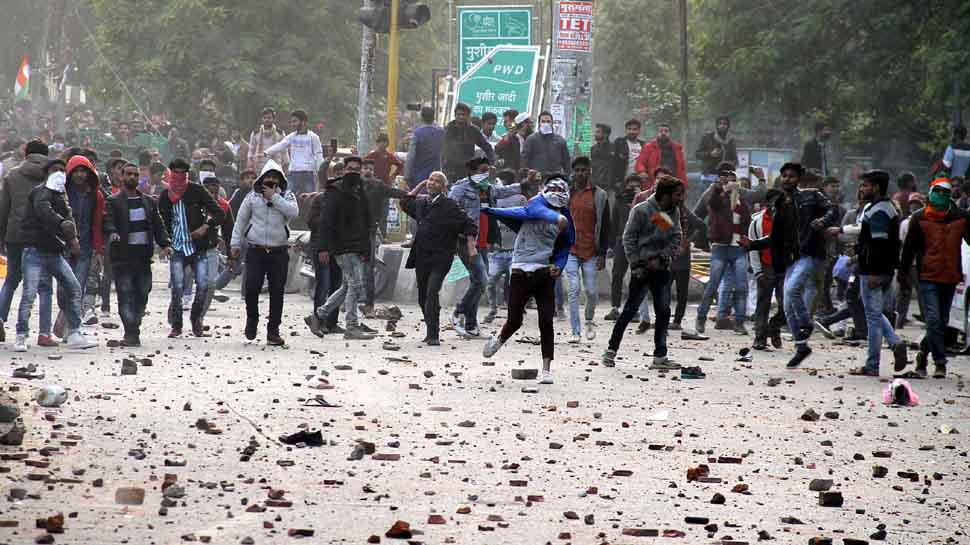 Ahead of Friday's prayer meet, the Uttar Pradesh government on Thursday suspended the internet services in several districts as a preventive measure fearing more violent protests against the Citizenship Amendment Act (CAA). The government also imposed Section 144 in the entire state. According to the data released by the Lucknow DGP Headquarters, a total of 213 FIRs have been registered in the state so far against demonstrators for protests, sabotage and arson since December 10 while 925 accused have been arrested.

Protests against the Act were witnessed in the state since the start of December and it had turned violent in different parts of the city last week. Several vehicles were torched in Rampur by rioters and clashes with police rocked Gorakhpur, Bulandshahr, Sambhal, Bijnor, Varanasi, Kanpur, Agra, Meerut, Firozabad and other parts of the state. Internet services were snapped, schools and colleges shut down and section 144 was also imposed across the state due to the protests.

In view of the current law and order situation, the internet services have been suspended in 14 places--Bulandshahr, Agra, Sambhal, Bijnor, Saharanpur, Ghaziabad, Muzaffarnagar, Firozabad, Mathura, Shamli, and Aligarh.

In view of the Friday prayers, the internet services were snapped in Sambhal by the district administration. The services will remain suspended in the district until further orders. Meanwhile, in Bijnor, all internet services will remain closed from Thursday afternoon till Saturday (December 28) night. District Magistrate (DM) Ramakant Pandey issued the orders on Friday to maintain peace and to stop rumours from spreading in social media.

In Saharanpur, internet services will be closed for two days, informed Senior Superintendent of Police (SSP) Dinesh Kumar P. He said that on Friday all the people will offer prayers in their streets, neighbourhood, mosques and peacefully return homes. The Saharanpur SSP has deployed two Provincial Armed Constabulary (PAC) companies and one Rapid Action Force (RAF) company in the district.

The Uttar Pradesh government will also seize the property of 373 protesters who resorted to violence and damaged public property in the state. The government has already issued a notice to these protesters warning them of the confiscation of their property over rioting. The maximum number of protesters who have received the notice are in Moradabad (200), followed by Lucknow (110), Gorakhpur (34), and Firozabad (29). Strict action will be taken against those who damaged the public property during the CAA protests in the state from December 10-24.

According to the data, prohibitory orders have been taken against 5,558 people. A total of 81 FIRs have been registered for posting objectionable content in social media and 120 accused have been arrested. Action has been taken on 7,513 Twitter posts, 9,076 Facebook posts, and 172 YouTube videos.