The above appointments will take effect from the dates they assume charge of their respective offices," a statement released by the Rashtrapati Bhavan said. 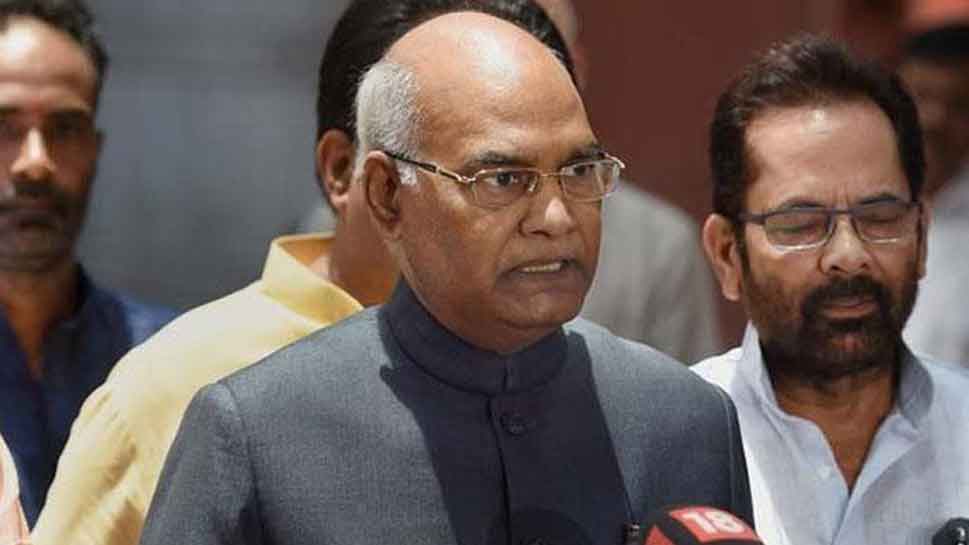 "The President of India is pleased to make the following appointments: Sushri Anusuiya Uikey as Governor of Chhattisgarh, Shri Biswa Bhusan Harichandan as Governor of Andhra Pradesh. The above appointments will take effect from the dates they assume charge of their respective offices," a statement released by the Rashtrapati Bhavan said.

Harichandan began his political career in 1971 as a member of Bharatiya Jana Sangh (BJS). Later, he went to become BJS' national executive member and its state general secretary.

After that, Harichandan joined the Janata Party and won the election for Odisha's Chilika constituency in 1977.

The veteran politician joined the BJP and was its chief for Odisha from 1980 to 1988. He has been elected to the Odisha state Assembly five times from Chilika and Bhubaneshwar constituencies.

Born in 1957, the new Governor of Chhattisgarh Anusuiya Uikey is a member of the BJP and has been an MP in the Rajya Sabha from Madhya Pradesh.

Uikey has previously held the post of Minister for Women and Child Development in the Madhya Pradesh government. She has worked for justice to women, especially tribal women and finding solutions to their problems.

She has also worked for awareness of the rights of tribal women leading to their empowerment.