Any misadventure from Pakistan over Article 370 will get befitting response from India: Union Minister Ravi Shankar Prasad

Prasad said that the decision on Article 370 was taken in the national interest and in the interest of the people of Jammu and Kashmir. 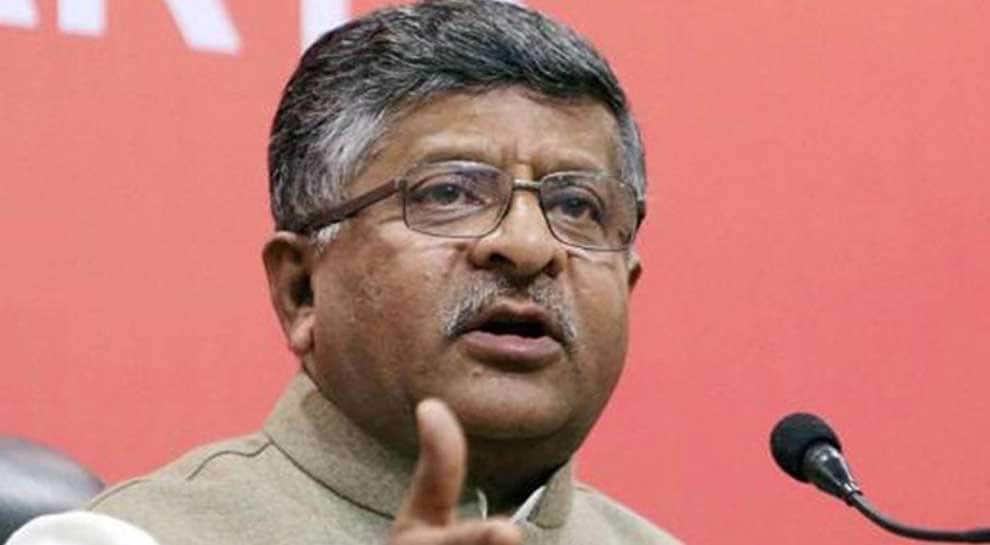 Nagpur: Union Minister and senior BJP leader Ravi Shankar Prasad has said that any misadventure from Pakistan against the government's revocation of Article 370 that gave special status to Jammu and Kashmir will evoke a benefitting response from the country's armed forces.

The Union Minister on Saturday said that India is always alert to its security and its armed forces are always battle-ready to meet any situation.

Prasad said this while replying to questions about Pakistan's Prime Minister Imran Khan's recent statement that Islamabad has 'full knowledge' that India is planning a bigger operation than Balakot in PoK.

Prasad refused to comment on Pakistan PM's statement but said that under Prime Minister Narendra Modi's leadership, India is always alert to its security and if any action is taken by terrorists then India will give them a befitting reply.

On being asked about Article 370, Prasad said, "The decision on Article 370 was taken in the national interest and in the interest of the people of Jammu and Kashmir."

On being asked about Kashmir being discussed at United Nations Security Council (UNSC), Prasad said, "MEA is working on this issue".

Centre lifted the restrictions across 35 police stations which include North, South Kashmir and Central Kashmir this morning. Seventeen telephone exchanges were made functional and functionality of most of the remaining exchanges would be restored by Sunday evening, said the government.

Schools beginning from primary level and all the Government offices will reopen from Monday. The local transport is also plying normally.

Mobile, internet and telephone connections were snapped in the newly-formed Union Territory in an effort to maintain peace and avoid any untoward incident following Centre's decision to revoke the special status of Jammu and Kashmir and bifurcate into two UTs.

Speaking on the restrictions, Kansal said the administration is closely monitoring the whole situation and so far no untoward incident has been reported from anywhere in the Valley.

He said the plying of public transport normally on the roads is a good sign and there are reports that the same has been noticed in rural areas also. Deliberating on the present situation, IGP Kashmir SP Pani said that the administration is calibrating the situation and in this regard, easing is done in a gradual manner.

CBSE to conduct CTET 2019 on December 8 in 20 languages, registrations from this date