Members of the Islamic State module who were nabbed during raids in Delhi and Uttar Pradesh in December 2018 have revealed that they had plans of contacting terror groups in Jammu and Kashmir for carrying out attacks in India. 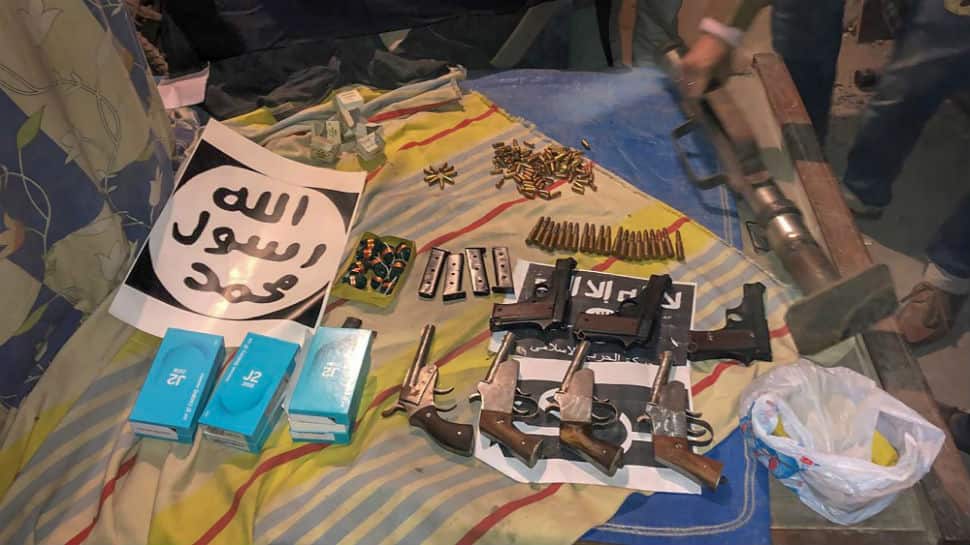 PTI file photo showing weapons and ammunition recovered by NIA during its raids against an IS module.
Share:
Written By:

New Delhi: Members of the Islamic State module who were nabbed during raids in Delhi and Uttar Pradesh in December 2018 have revealed that they had plans of contacting terror groups in Jammu and Kashmir for carrying out attacks in India.

During questioning, several members of the module confessed that they had planned to get in touch with terrorist organisations active in J&K.

It was also learnt during questioning that an operative named Saqib had even toured south Kashmir in the months of May and August 2018 in a bid to establish contact with terrorist groups there. The objective of such dastardly endeavours were to consider the prospect of carrying out attacks in India under IS' leadership.

Investigations have revealed that Saqib tried to establish contact with terror groups during his visit to Tral, Rajouri and Bandipora, and sought to get these groups to help IS operatives in India get training for carrying out future attacks in India. An effort was also made to see if weapons can be procured for IS from and/or through these terror groups. After questioning Saqib, an NIA team reportedly even visited Tral to investigate and identify the terror groups with which he may have established contact.

This is the first time that investigative agencies in India have uncovered an effort towards collaboration between IS in the country and terror groups in J&K. An NIA official also revealed that the main accused in the IS module case - Mufti Sohail - was trying to establish Amroha in Uttar Pradesh as the main base and a hideout for IS in the country. Sohail also wanted to make Amroha as the main center for arms supply for the IS.