Terming it 'Akhada beyond sexuality', the head priest of Kinnar Akhada on Friday called their first-time participation at the Kumbh 2019 as a step forward towards acceptance in the society. 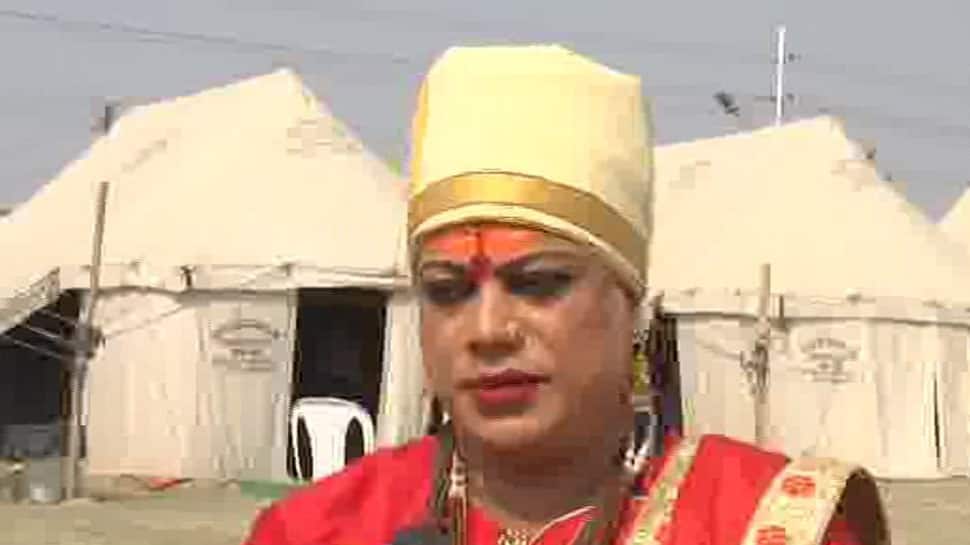 The 'Akhada' of the transgenders will be participating for the first time ever in the Ardh Kumbh Mela to be held in Uttar Pradesh's Prayagraj (earlier known as Allahabad) from January 14 to March 3.

Terming it 'Akhada beyond sexuality', the head priest of Kinnar Akhada on Friday called their first-time participation at the Kumbh 2019 as a step forward towards acceptance in the society.

'Kinnar Akhada' Mahamandaleshwar, Acharya, Laxmi Narayan Tripathi exhumed pride and confidence while talking of her Akhada`s debut at this massive congregation of pilgrims.

Tripathi said, "For me, it is a wonderful situation to come to this divine Prayagraj Kumbh. For me, we are one of the most conservative societies in the world where the acceptance of the third gender is remarkably outstanding. For us, this participation is about mainstream society accepting us. This is Akhada beyond sexuality. The creator is within us and once we perish we will go back to him. Our doors are open for all."

Talking further about transgender issues and the modern scenario, she added, "Still the battle is on. We are sure that we will come across these hurdles. My community is striving to make its place in the mainstreams place whether it is art and culture, religion. We are here only to give unconditional love to all irrespective of creed, colour or background."

Secretary of 'Kinnar Akhada', Pavitra said, “Public and all the devotees who are here have supported us and shown lot of respect for us. We are happy that people here have accepted us.”

Pavitra added, "I have been with the Kinnar Akhada since its formation. We were preparing for the last two years to participate in Prayagraj Kumbh. We met with administration and the concerned ministers to get land allocated for us to set up our camp at this Kumbh. We were very willing to be here and now that we have arrived, the general public and pilgrims have been very supportive. We can see respect and acceptance in everyone`s eye for us and it really feels very good."

The Akhada reportedly also faced some protests for its distinct identity, speaking about which, she said, "Whenever there is some good initiative some people do object. There were objections to the name of Kinnar Akhada and other things. But we have been successful in leaving these challenges behind us and are looking forward to increased acceptance."

The Ardh Kumbh Mela will commence from January 14 to March 3 at the Triveni Sangam - the holy confluence of river Ganga, Yamuna, and Saraswati. Thousands of devotees are expected to arrive in the city to take a holy dip in Triveni Sangam.