Army Chief General Bipin Rawat flies Tejas, calls it an experience of a lifetime in a wonderful aircraft

It was the first time that General Rawat did a sortie in the Tejas. 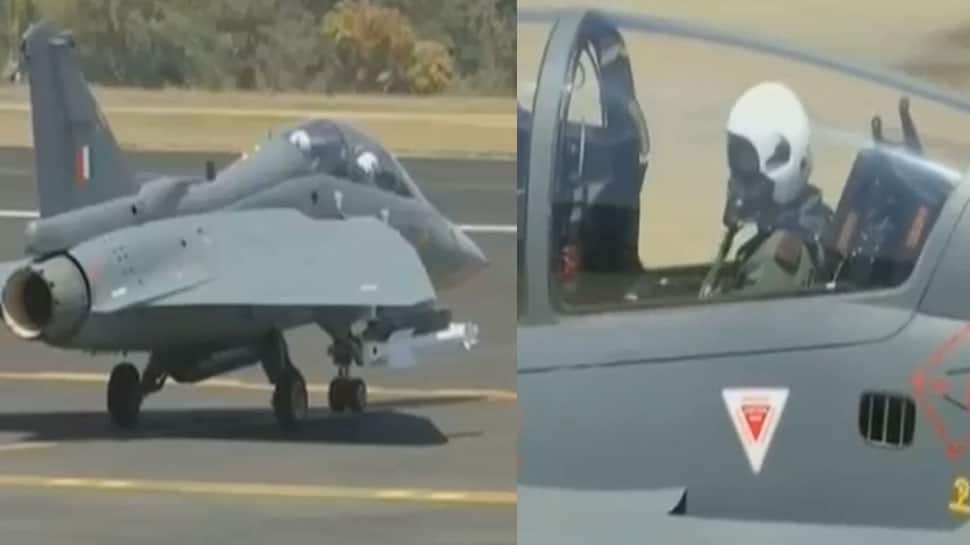 Bengaluru: Army Chief General Bipin Rawat on Thursday got into the trainer version of the Light Combat Aircraft Tejas and took to the skies at the Aero India 2019 in Bengaluru. Calling the indigenous fighter a "wonderful aircraft", General Rawat said that his flying experience was great.

"The flight in LCA Tejas was an experience of a lifetime. We were doing normal maneuvers. We did not do the loop. From what I could witness, avionics are very good and its targeting is very good. It's a wonderful aircraft and if it gets added to the IAF inventory, it will increase our air power," said General Rawat after the sortie.

It was the first time that General Rawat did a sortie in the Tejas. The Principal Scientific Advisor to the Government of India, Vijay Raghavan, will also fly in a Tejas trainer later on Thursday.

The General sat in the navigator's seat behind the pilot for the 40-minute sortie in the fighter which received the Final Operation Clearance just a day earlier on Wednesday, more than 35 years after it was conceived.

Indian Force Chief Air Chief Marshal Birender Singh Dhanoa had called the Tejas a true fighter after receiving the FOC certificate. Tejas was inducted into No. 45 Squadron, also known as Flying Daggers, of the IAF on July 1, 2016.

The Flying Daggers initially operated from the Yelahanka QAir Force base in Bengaluru but were later moved to Sulur near Coimbatore. It is the first fighter squadron to be a part of the IAF Southern Air Command headquartered at Thiruvananthapuram.

Tejas has already taken part in two major exercises of the IAF - Gaganshakti 2018 and Vayushakti 2019. Tejas is the first indigenous jet to have the fly-by-wire (FBW) capability, giving the fighter unprecedented agility and maneuverability. Tejas is a fourth generation fighter and currently the world's lightest supersonic jet.

PM Narendra Modi unveils bust of Mahatma Gandhi in Seoul, says Bapu showed how to live in harmony with nature