General Rawat was named the Chief of Defence Staff just a day before he was to retire from service after completing a full three-year term as the Chief of Army Staff. 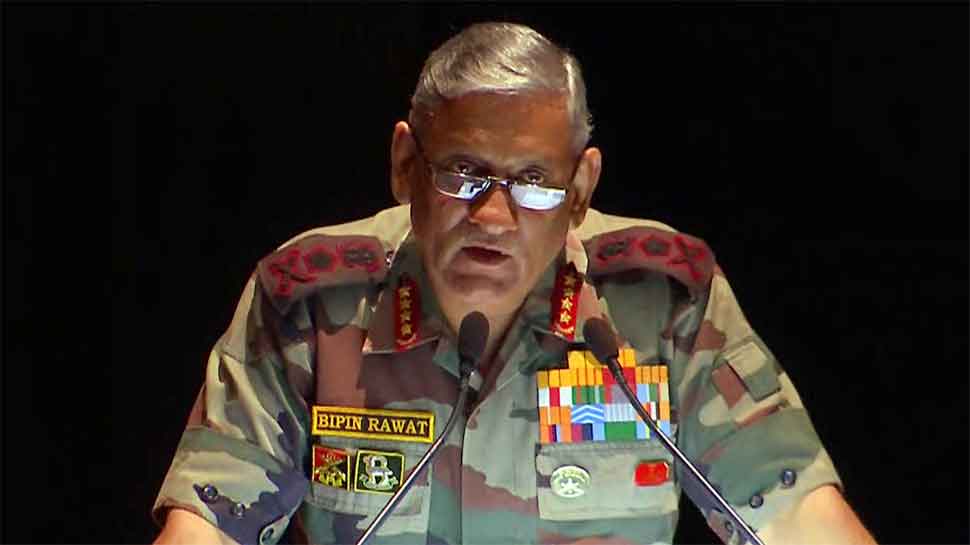 General Rawat was named the Chief of Defence Staff just a day before he was to retire from service after completing a full three-year term as the Chief of Army Staff. The Union Cabinet, chaired by Prime Minister Narendra Modi, on December 24, approved the CDS post and its charter and duties.

Notably, two days before his retirement, the Defence Ministry amended rules of service and tenure in the Army Rules, 1954. The move was seen as government's intention to appoint Rawat as India's first Chief of Defence Staff.

In its notification dated December 28, the Ministry has stated that Chief of Defence Staff (CDS) or tri-services chief will be able to serve till the age of 65 years. "Provided that the Central Government may, if considered necessary, in public interest, so to do, give extension of service to the Chief of Defence Staff, referred to in the Explanation to clause (a) of sub rule (5), for such period or periods, as it may deem necessary subject to maximum age of 65 years."

Gen. Bipin Rawat was set to retire as Chief of Army Staff on December 31.

As per existing rules, the three Services chiefs can serve up to the age of 62 or for three years, whichever is earlier. The development is being seen as indicative of who is the government`s choice for donning the mantle of India`s first CDS.

On 2019 Independence Day, PM Narendra Modi had announced in his speech that his government would establish a top military post and the appointed advisor would be suggesting the government on all matters related to the military. The recommendation was first made by a committee that examined the military's performance during the 1999 Kargil conflict.

An alumnus of the St. Edward School in Shimla, the National Defence Academy, Khadakwasla, and the Indian Military Academy, Dehradun, General Bipin Rawat is from a Gorkha regiment. According to his profile on the Indian Army's website, General Rawat has commanded an infantry battalion along the Line of Actual Control in the Eastern Sector, an infantry division in the Kashmir Valle and a corps in the Northeast.

Lt Gen Rawat had received the Sword of Honour at the Indian Military Academy at Dehradun, and had over 10 years of hands-on experience in counter-insurgency operations, and that he'd served at both the Line of Control (with Pakistan) and the Line of Actual Control (with China).

According to the Defence Ministry, Rawat has served the Army at various functional levels for three decades: - he was involved in the 1986 Operations in the Eastern Sector facing China, was also posted in Pulwama in the 19 Division, and has successfully handled operational responsibilities in the North East.