Army Chief General Rawat said that students in several universities and colleges are leading masses and crowds to carry out arson and violence in the name of anti-CAA protests and this is not leadership. 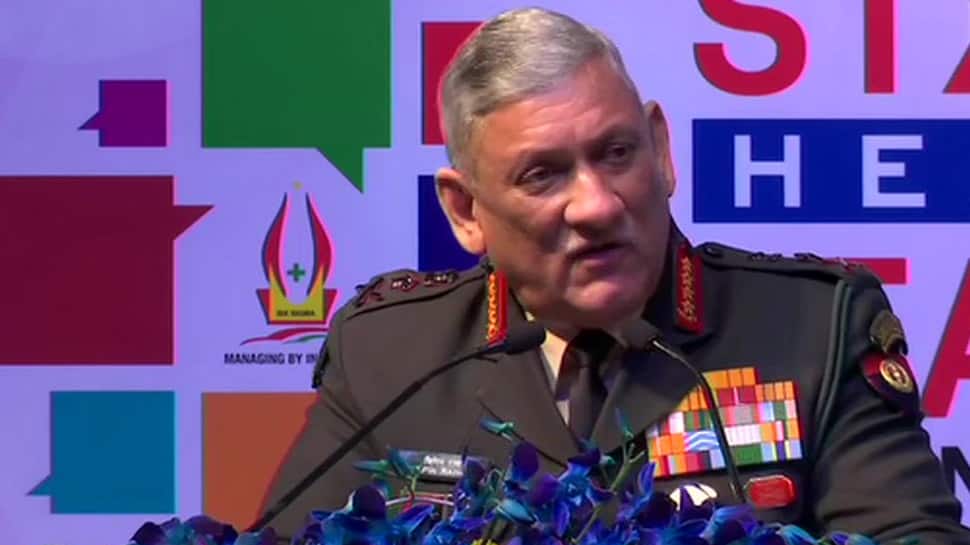 Amid the ongoing protests in different parts of India against the Citizenship Amendment Act (CAA), Indian Army Chief General Bipin Rawat on Thursday (December 26) said that leaders are those who lead people in the appropriate direction. He added that students in several universities and colleges are leading masses and crowds to carry out arson and violence in the name of protests and this is not leadership.

"Leaders are not those who lead people in inappropriate direction. As we are witnessing in large number of universities and colleges,students the way they are leading masses and crowds to carry out arson and violence in cities and towns. This is not leadership," said General Rawat.

#WATCH Army Chief Gen Bipin Rawat: Leaders are not those who lead ppl in inappropriate direction. As we are witnessing in large number of universities&colleges,students the way they are leading masses&crowds to carry out arson&violence in cities & towns. This is not leadership. pic.twitter.com/iIM6fwntSC

Meanwhile, Prime Minister Narendra Modi on Wednesday (December 25) criticised the destruction of public property during the protests against the CAA in Uttar Pradesh and some other parts of the country, adding that those involved should introspect if what they did was right. "I request and tell these protesters that if good roads, facilities, and a clean sewerage system is a citizen's right, maintaining them correctly is their responsibility as well. Everyone who has protested violently and has vandalized property in recent times must ask himself, was this the right way?" said PM Modi.

He added, "I want to request the youth of UP and every other individual. Now that we're heading towards 75 years after independence, the time has come when we must look at our responsibilities."

The CAA seeks to grant citizenship to non-Muslim refugees from Pakistan, Afghanistan and Bangladesh taking shelter in India on or before 31 December 2014 due to religious persecution there.