Army Chief General Bipin Rawat to visit J&K on Friday, his first after scrapping of Article 370

Army chief General Bipin Rawat will visit Srinagar on Friday, for the first time since the revocation of Article 370 in Jammu and Kashmir. The visit is aimed at reviewing the security situation and preparedness of security forces deployed to deal with any law and order situation in the region. 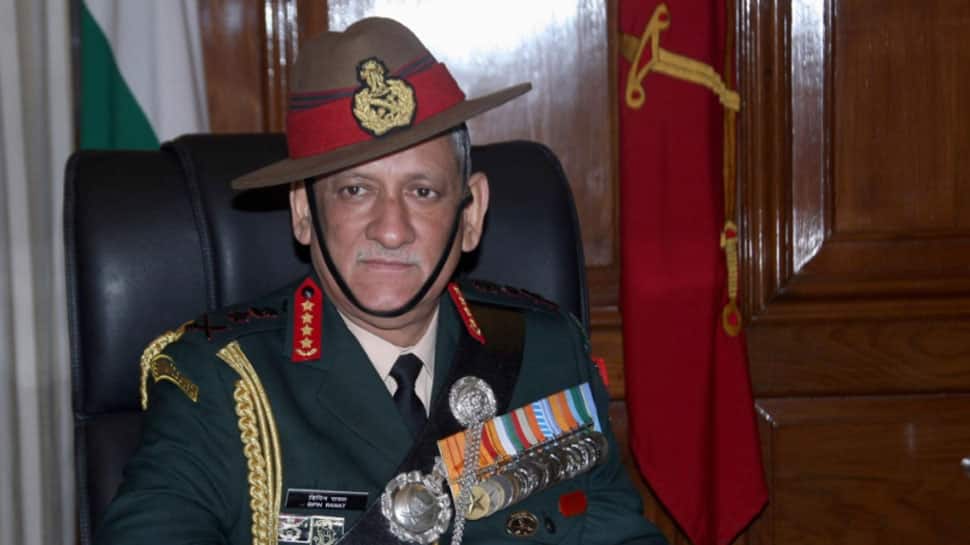 New Delhi: Army chief General Bipin Rawat will visit Srinagar on Friday, for the first time since the revocation of Article 370 in Jammu and Kashmir. The visit is aimed at reviewing the security situation and preparedness of security forces deployed to deal with any law and order situation in the region.

General Rawat's visit to Srinagar comes at a time when Ministry of Home Affairs (MHA) sources said that internet services in the valley are unlikely to be restored soon as Pakistan has launched a vitriolic campaign against India and Pakistani security agencies are using provocative video messages on social media platforms to create unrest in India.

Army Chief Gen Bipin Rawat to visit Srinagar on Friday to review the security situation&preparedness of security forces to deal with the situation in Kashmir valley. This is Army Chief's first visit to Jammu and Kashmir after abrogation of Article 370 from the state. (File pic) pic.twitter.com/KatuMpBlvi

According to Zee Media sources, it has been revealed that Pakistani officers were found shooting fake videos in Pakistan occupied Kashmir (PoK) wherein it can be seen that some men wearing uniforms of Indian security forces, were committing atrocities against people.

Earlier on Thursday, Ministry of External Affairs (MEA) spokesperson Raveesh Kumar slammed Pakistani leaders, saying that India strongly condemns the irresponsible statements delivered by the leaders of the neighbouring countries on internal matters of the nation.

The MEA spokesperson further said that Pakistan's only motive is to show the global community that the situation in Kashmir is alarming after the abrogation of Article 370 and Article 35A and all the tweets and statements made by Pakistani leaders are focused in peddling this propaganda only.

On the prevailing situation in the Valley, Kumar said that the improvement has been gradual, but positive, which is the reality on the ground. Kumar further said that peace has been restoring in Jammu and Kashmir as not a single bullet has been fired and not a single life has been lost.

Defence Minister Rajnath Singh who visited Ladakh, the newly created Union Territory of India, on Thursday took to Twitter and warned Pakistan to not indulge in an unsubstantiated and vitriolic talk on Jammu and Kashmir.

"Pakistan has no Locus Standi in Kashmir. The country is illegally occupying Gilgit-Baltistan along with Pakistan-occupied-Kashmir. Our Parliament had in 1994 unanimously passed a resolution that the entire Kashmir valley belongs to India and our stand on it is clear. I want to ask Pakistan - when was Kashmir with Pakistan? Pakistan was created out of India. We respect the existence of Pakistan. But it does not mean that Pakistan can speak anything that it wants to about Kashmir. Kashmir will always remain with India and it should have no doubt about it. Pakistan should ensure that the human rights of the people living in PoK is not violated," Singh tweeted.

Pakistan has adopted a high-pitched scathing verbal attack against India ever since PM Narendra Modi-led government abrogated Article 370 and Article 35A from Jammu and Kashmir which ended the former state's special status. It has been constantly appealing to the international community for their support and intervention.