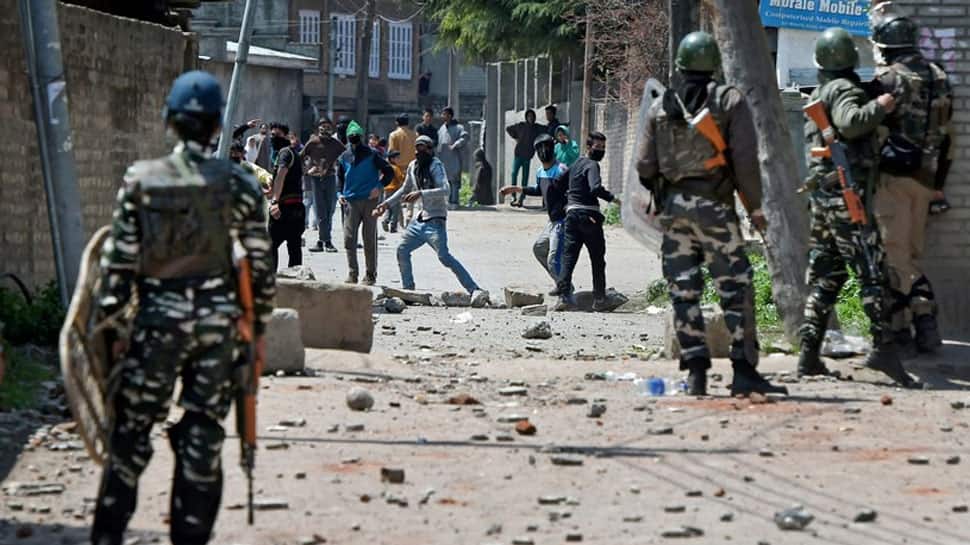 Srinagar: The Army on Wednesday filed a counter FIR in Shopian firing incident, in which an Army Major has been booked.

Meanwhile, the death toll in the Army firing on a mob in Shopian district of Jammu and Kashmir on Wednesday rose to three after a critically injured youth succumbed to injuries.

Rayees Ahmad, who was among the nine persons injured in the Army firing last week, succumbed to injuries at a hospital, police said, PTI reported.

With this, death toll in the firing incident at Ganovpora area of Shopian has risen to three.

The Army had opened fire on a stone-pelting mob on January 27, 2018. It has claimed that it opened fire in self-defence after seven of its personnel were injured.

The state government ordered a magisterial probe into the incident. Jammu and Kashmir Chief Minister Mehbooba Mufti had said on Monday that the police FIR against an Army unit will be taken to a "logical conclusion", in a snub to ally BJP after it demanded the withdrawal of the murder case.

Mufti had made the assertion while defending the police action, saying a "black sheep can be anywhere", amid an uproar in the state Assembly over the firing and a demand by BJP MLA RS Pathania for the immediate withdrawal of the FIR.

Anguished over the tragic loss of lives at Shopian today. I have ordered a magisterial probe into the unfortunate incident & asked that the enquiry be completed in 20 days. My deepest condolences to the deceased’s families.

We will take the Shopian probe to its logical conclusion. Justice & peace are two sides of the same coin.

However, Pathania, had said that his party supports the magisterial probe to allow the law to take its own course.

The FIR was registered against the personnel of 10, Garhwal unit, of the Army under sections 302 (murder) and 307 (attempt to murder) of the Ranbir Penal Code. A Major, who led the Army personnel at the time of the incident on Saturday, was also mentioned in the FIR.

J&K Police chief SP Vaid had said on Tuesday that registration of the FIR in the Shopian incident is just the beginning of the investigation and the Army's version would be taken into account as well.

A defence spokesman on Sunday had said in Srinagar that the troops opened fire when a mob tried to lynch a junior commissioned officer and snatch his service weapon.

"An Army administration convoy was passing through Ganovpora when it came under unprovoked and intense stone-pelting by a group of 100-120 stone-pelters. Within no time, their number swelled to 200-250 persons," the spokesperson had said.

"The crowd surrounded an isolated portion of the convoy consisting of four vehicles," he had added, noting that the stone- pelters had caused extensive damage to these vehicles and had tried to set them on fire.

On the other hand, defending the Army, Northern Army Commander Lieutenant General Devraj Anbu on Wednesday said that the Army had opened fire into a crowd in Shopian in the face of the "ultimate provocation" by a stone-pelting crowd, as per ANI.

Calling the FIR against the Army, which is registered by the J&K police as "unfortunate", Lt Gen Anbu said that there should have been generic FIR in the matter.

"That is an unfortunate thing, in such a case a generic FIR should have been filed. I think they have prematurely put the name of an individual, I am sure when they investigate truth will come out. Notwithstanding what the state government did, we had our own inquiry and are clear that we responded when we were provoked to the ultimate," he added.

Karanj launched in Mumbai: 10 things you must know about the Scorpene-class submarine