Arrested IS suspects planned to use chemicals to inflict 'mass casualty', ATS probes if Kumbh Mela was a target

The authorities are investigating if the suspects aimed to target the huge gathering at ongoing Kumbh Mela in Uttar Pradesh’s Prayagraj. 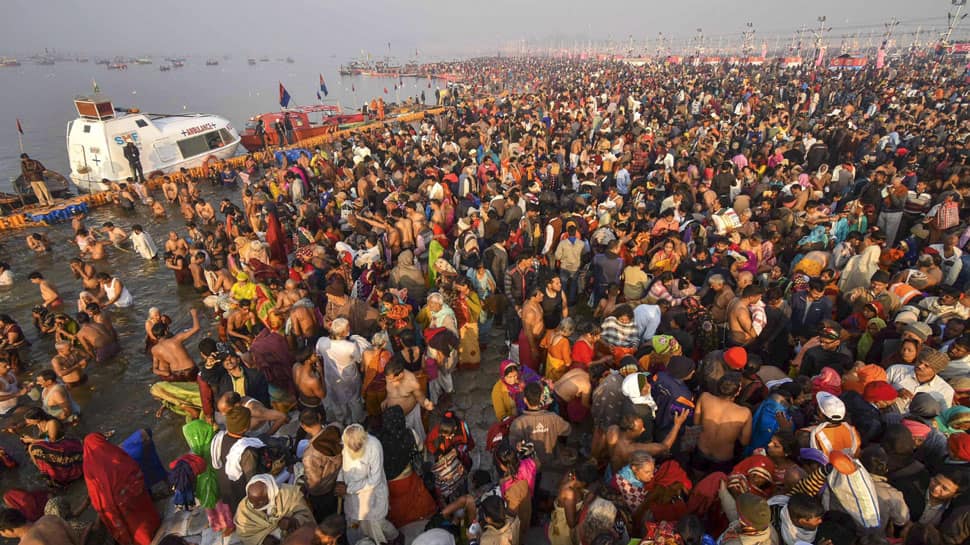 The Maharashtra Anti-Terrorist Squad (ATS) on Wednesday arrested nine people for suspected links with banned terror outfit ISIS. According to the ATS, the nine suspects had formed a group called ‘Ummat-e-Mohammadiya’ and had allegedly been plotting to mix some poisonous substance with food or water at some bug event to cause mass casualty.

The authorities are investigating if the suspects aimed to target the huge gathering at ongoing Kumbh Mela in Uttar Pradesh’s Prayagraj. The ATS has shared its findings in this regard with authorities and agencies associated with the Kumbh Mela 2019.

A chemical bottle labelled as Hydrogen Peroxide was seized from their possession and later sent for chemical analysis to find out the content of the mixture. The ATS has seized some white liquid chemical, white powder, six knives, six pen drives, more than 24 mobile phones, more than six laptops, more than six WiFi routers, hard drives, modems, dongles and RAMs.

One of the arrested suspects has been identified as Mazhar Malbari, son of underworld fugitive Rashid Malbari, who is a sharp shooter of Dawood Ibrahim’s D-Company. Another suspect was reportedly in touch with ISIS handlers outside the country.

An ATS official had earlier on Wednesday said that the squad had kept a watch on the suspects for several weeks and nabbed them just when they were likely to “swing into action”. The ATS action began on the basis of specific inputs.

A case has been registered under Indian Penal Code's Section 120 (B) (criminal conspiracy) and relevant provisions of the Unlawful Activities (Prevention) Act (UAPA) and the Bombay Police Act.