In a fresh Facebook post, Jaitley has said that Congress party still considers only a great surname as a political brand. 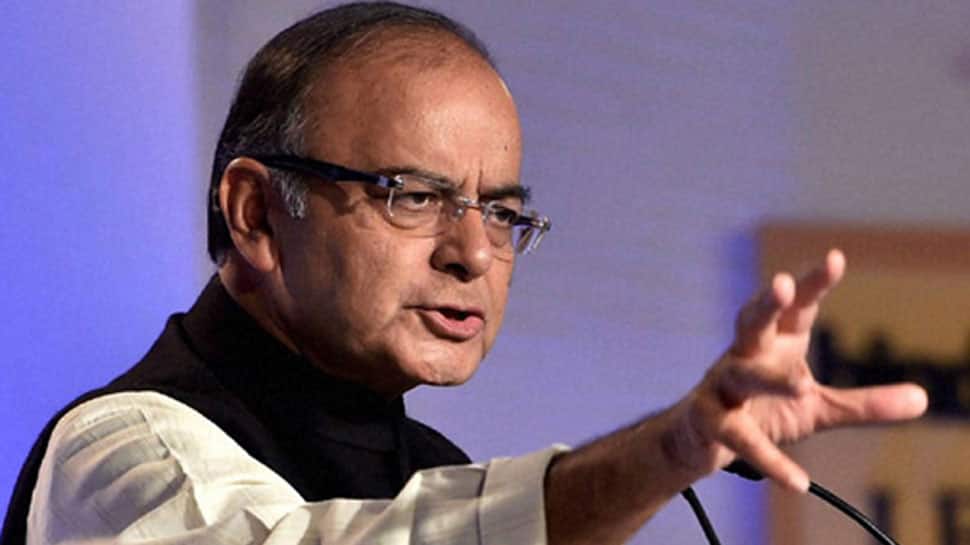 NEW DELHI: Union Finance Minister Arun Jaitley made a fresh attack on the Congress party and blamed the Nehru-Gandhi family for nurturing and promoting the dynasty politics ever since the country attained freedom from the Colonial Rule.

The firebrand BJP veteran said that though the times have changed, the Congress party still considers only a great surname as a political brand.

''The debate whether India should be a dynastic democracy has been ignited by a self-goal of the Congress party. The Prime Minister’s mother’s age was made a subject matter of the electoral debate. His father’s anonymity was commented upon as an inadequate credential of the Prime Minister,'' Jaitley said this in a new hard-hitting Facebook post.

Calling the Gandhi family as the ''officially glamorised'’ and the ''blue-blooded family of India'', the Finance Minister said that for Congress, the contributions of millions of its workers meant nothing as they failed the ''test of leadership'' since the party only considers a ''great surname as a political brand.''

Attacking Congress further, Jaitley said that virtues like merit, talent, ability to inspire and lead still have no significance for the main opposition party.

''The argument given was that if you represent the legacy of a well-known family, it is a political point in your favour. Millions of talented political workers who come from modest family backgrounds would fail by the Congress test of leadership,'' he wrote in the post titled: ''What was the Name of Sardar Patel’s Father''.

Jaitley also posed a question for the Congress and wondered if anyone from the main opposition party knew who was the father of Sadar Vallabhbhai Patel – the country's first home minister.

The BJP and the Congress are at loggerheads over the legacy of Sardar Patel who is also credited for uniting the nation after Independence.

Citing one example to show that Congress attached no values to a tall leader like Sardar Patel, Jaitley said, ''upon Patel’s death in Mumbai, Prime Minister Nehru requested many of his cabinet colleagues that the best tribute to him would be to work on the day of his funeral and not go to Mumbai.''

''The then Head of State and several Union Ministers defied the (Nehru's) advice. The proposal for building his statue at Vijay Chowk was rejected. The country had to be satisfied with the installation of his statue at a traffic round-about on Parliament Street,'' Jaitley wrote in the blogpost.

Jaitley also sought to dispel the misconception that Nehru was a great lawyer and Sardar Patel a farmers' leader.

''Many believe that Sardar Patel was a farmer leader because of his participation in Bardoli Satyagraha. On the contrary, he was one of Ahmedabad’s most successful practicing barristers. Panditji (Nehru) is passed off as a great lawyer though he never argued a single case in his entire career,'' the BJP veteran said in his blog.

Calling the Gandhi family as the ''officially glamourised family'', Jaitley said that this happened since decades of Congress rule, naming of colonies, localities, cities, bridges, airports, railway stations, schools, colleges, universities, stadiums after one family was only intended to declare the ‘Gandhis’ as India’s royalty.

Calling Congress an ''opportunist'' party, Jaitley said that ''today anti-BJPsm leads the Congress to a situation where it can tie up even with its political rivals and sympathise with the Maoists, separatists and disruptionists.''

While claiming that India of 2019 is different from India of 1971, Jaitley said, ''If the Congress party wants the 2019 elections to be between Prime Minister Modi, who is the son of lesser-known parents, and someone who is known only for his parentage rather than capacity, merit and competence, the BJP would gladly accept the challenge.''