Arun Jaitley dead: A look at some major achievements of the former finance minister

The former finance minister has played a significant role as a strategic planner for the BJP in eight Assembly elections. 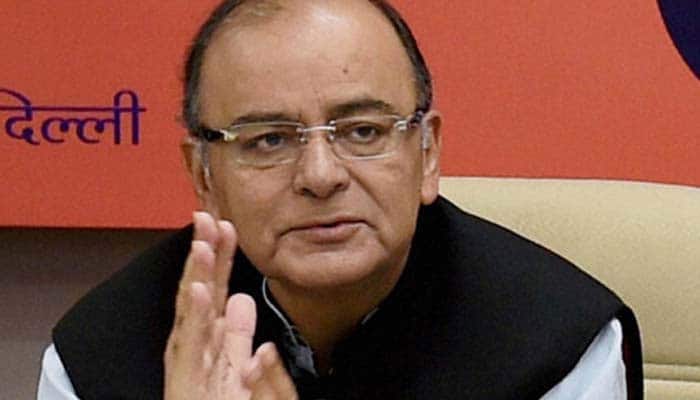 Former finance minister and Bharatiya Janata Party (BJP) stalwart Arun Jaitley breathed his last at the age of 66 on Saturday following a long battle with illness.

Jaitley, who held several important portfolios in his political career spanning over four decades, passed away at 12.07 p.m at the All India Institute of Medical Science (AIIMS) in the national capital.

The BJP stalwart was admitted at AIIMS on August 9 after complaints of breathlessness and restlessness before he was later put on the ventilator. Though his condition showed some improvement, he remained under doctors' observation. On August 16, Jaitley's health once again deteriorated and he was put on life support system.

During his long political career, Jaitley had donned many hats. He was a senior Supreme Court lawyer par excellence, a senior leader and key strategist of the BJP who held several important portfolios including finance, defence, commerce and industry, corporate affairs, and law and justice in the governments of Prime Minister Narendra Modi and the late Atal Bihari Vajpayee.

Let us take a look at some of the major achievements of Arun Jaitley.

# The former finance minister has played a significant role as a strategic planner for the BJP in eight Assembly elections.

# Jaitley had helped Prime Minister and party colleague Narendra Modi win the 2002 General Assembly election in Gujarat by grabbing 126 seats out of 182. Five years later, he once again helped Modi win 117 seats out of 182 and come back to power in the state.

# In 2003, the BJP stalwart managed the Assembly elections in Madhya Pradesh and won along with Uma Bharti.

# He was also appointed as the general secretary in charge of elections to Municipal Corporation of Delhi (MCD) in 2007. The BJP won 184 wards out of the total 272 there.

# Besides this, Jaitley was also inviolved in cricket administration. In 2009, the Board of Control for Cricket in India (BCCI) appointed him as its vice-president because of his love for the game of cricket. However, Jaitley stepped down from the position after the Indian Premier League (IPL) match-fixing scandal unfolded.

# The late BJP leader had also held the post of president of the Delhi District Cricket Association (DDCA). However, he also resigned from that position after a service of 13 years in order to concentrate on his career in politics.

# During his stint in cricket, Jaitley made great contribution in improving the standards of the stadium in Delhi, which was rated as one of the best by the BCCI.

Jaitley had been facing several health issues for a long time including diabetes and his health worsened after he underwent a kidney transplant in AIIMS in May 2018. He also underwent a bariatric surgery to correct the weight gain due to his long-standing diabetic condition in September 2014.

Meanwhile, Jaitley even decided not to be a part of the new Union Cabinet as he was unwell and needed time for his medical treatment.

Arun Jaitley dead: A look at the various positions held by the BJP stalwart