Arun Jaitley said that the Congress party was currently under someone “who does not have a basic understanding of what a combat aircraft is”. 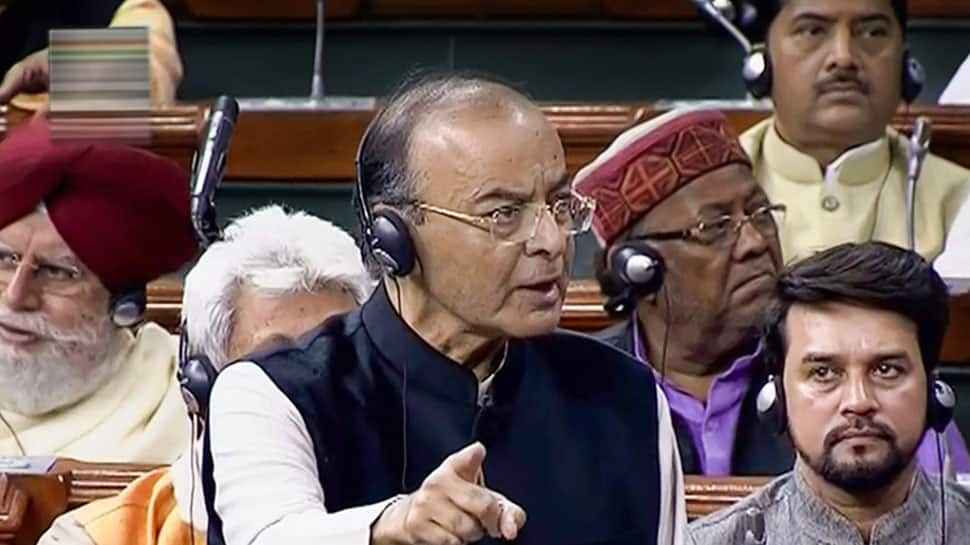 Union Finance Minister Arun Jaitley led the attack on opposition parties in Lok Sabha on Wednesday as Prime Minister Narendra Modi-led NDA government at the Centre rejected the demand for a Joint Parliamentary Committee (JPC) on Rafale fighter jets deal. Citing the Supreme Court observation that it was satisfied with the procurement procedure of Rafale jets, the Finance Minister said that there was no question of a JPC on the issue at all.

The senior Bharatiya Janata Party (BJP) leader also mocked Congress president Rahul Gandhi, saying that the grand old party was currently under someone “who does not have a basic understanding of what a combat aircraft is”.

Jaitley further made reference to the opposition attack over selection of Anil Ambani's Reliance Defence as an offset partner for Dassault Aviation, the manufacturer of Rafale jets, saying, “I feel sad that the Congress president does not know what an offset partner is.”

“Even Supreme Court has said that it is satisfied with the procurement process of Rafale. The difference between the pricing is because of the price of just the basic aircraft and that of weaponised aircraft.”

“The Supreme Court also received details about the pricing of aircraft and they felt that there was no need for them to interfere in the issue. The details satisfied the conscience of the court, but not the electoral needs of the Congress party,” Jaitley added.

Rafale issue is not a policy or administrative or governance matter. It is an investigation into whether it was a clean or an unclean deal. The Supreme Court has said that 'we have satisfied our conscience' about pricing, HAL, offset. What will JPC do in an investigation?" Jaitley said and referred to the JPC that went into the kickbacks in the Bofors deal.

"The committee headed by (late) Shankaranand gave a report saying that they were not kickbacks but winding up charges. The JPC whitewashed the fraud of corruption," he said amid thumping of desks by party members.

"And the JPC is now being demanded by those with a legacy of corruption, wanting to invent allegations of corruption as we have given a clean government."

However, speaking after Jaitley in Lok Sabha, Trinamool Congress MP Saugata Roy took a dig at the government, saying that despite having majority in the House, the ruling party had to borrow a member of Rajya Sabha to speak about the issue.

He further took a dig at Prime Minister Narendra Modi saying, “Prime Minister does not have the courage to face the opposition, he is hiding behind Arun Jaitley. Modi is like Meghnad.”