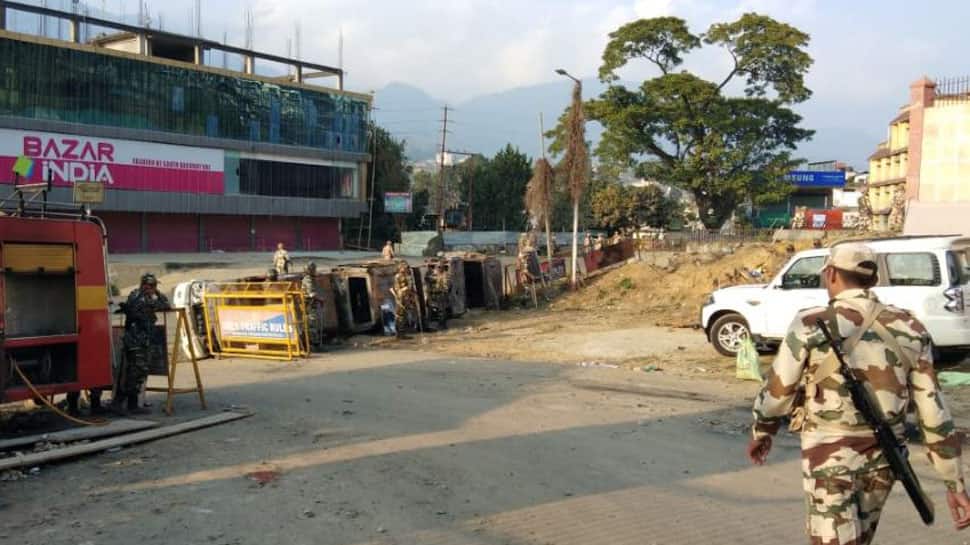 Itanagar: Arunachal Pradesh Chief Minister Pema Khandu on Monday said that he had clarified through media and social media on Friday that the state government would not hold any further discussion on contentious Permanent Residence Certificate (PRC) issue.

Commenting on violence which rocked Arunachal Pradesh's capital Itanagar on Sunday, the Chief Minister said that people must understand that government will not discuss this matter in future and all those protesting must know that their demand had already been accepted by the government. Khandu urged the people not to hold protests and dharna and co-operate with government.

The Chief Minister said that he has asked ordered a detailed investigation in the violence which was witnessed in Itanagar. He said despite a clear stand by the government over PRC, there were incidents of violence. CM Khandu said that a commissioner level investigating committee will probe the matter because it is necessary to bring the truth before the public.

The Chief Minister said it is likely that some vested interests were involved in stoking violence because Arunachal Pradesh is otherwise a peaceful state.

It is to be noted that two persons lost their lives and three sustained injuries in police firing as protests over recommendations of granting PRCs to six communities turned violent on Sunday.

Police were forced to open fire after protesters tried to attack the private residence of Chief Minister Khandu at ESS sector in Itanagar. Police sources said that security personnel at CM's residence urged the protesters to return but they continued marching towards his residence and started pelting stones, PTI reported.

The police opened fire to bring the situation under control. Two men, aged between 20 and 24 years, were killed in police firing.

The trouble started after a Joint High Power Committee (JHPC) recommended granting PRCs to six communities, who are not natives of Arunachal Pradesh, but has been living in Namsai and Changlang districts for decades. The JHPC had made the recommendation after holding talks with the stakeholders.

The proposal did not go down well with several local groups and students' organisations, who claimed that the state government would seriously compromise the rights and the interests of indigenous people by accepting the JHPC recommendation.