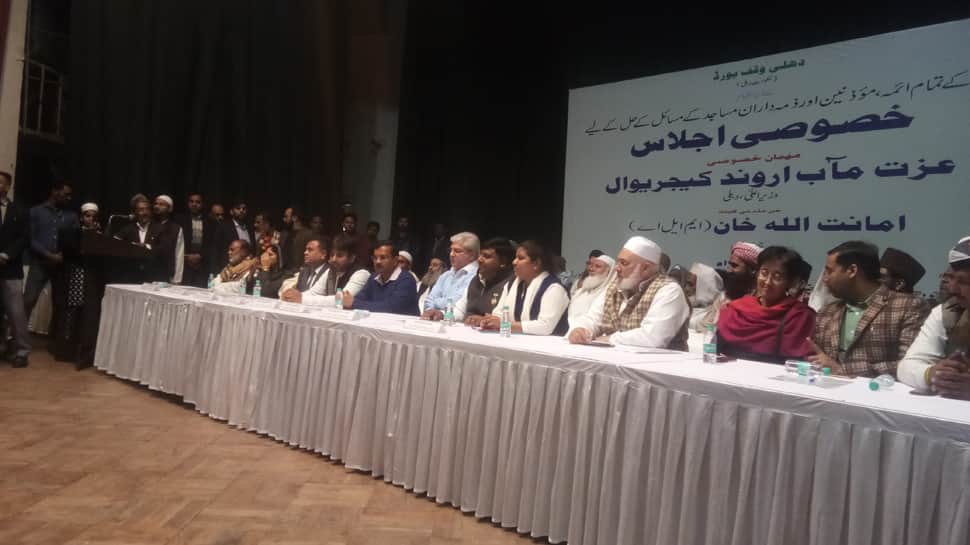 In a bid to woo Muslim voters in the national capital, Delhi Chief Minister and Aam Aadmi Party (AAP) supremo Arvind Kejriwal on Wednesday declared that the salaries of Imams and helpers in mosques in Delhi would be increased. The hiked salary will be paid by the Delhi Waqf Board.

Apart from this, Kejriwal also announced a salary hike for imams of mosque that are outside the domain of Delhi Waqf Board. It is for the first time that salary expense of such mosques would be covered by a government body. The imams of these mosques will be paid Rs 14,000 per month while the helpers will get Rs 12,000 per month.

The announcements were made by the Delhi Chief Minister during an event organised by the Delhi Waqf Board. All the imams and helpers of all mosques in the national capital were invited for the event.

Addressing the gathering, Kejriwal targeted Prime Minister Narendra Modi and Bharatiya Janata Party (BJP) president Amit Shah. The AAP leader said that he could go to any extent to defeat Modi and Shah.

He further urged those attending the meeting to vote for the Aam Aadmi Party, claiming that the fight in Delhi was only between the AAP and the BJP. According to Kejriwal, the Congress party has no significance in Delhi’s electoral battle.

Railways to recruit over 4 lakh people till 2021, says Piyush Goyal