Condemning Delhi Police over an alleged assault of a man in Delhi, Chief Minister Arvind Kejriwal demanded an investigation into the matter on Monday. 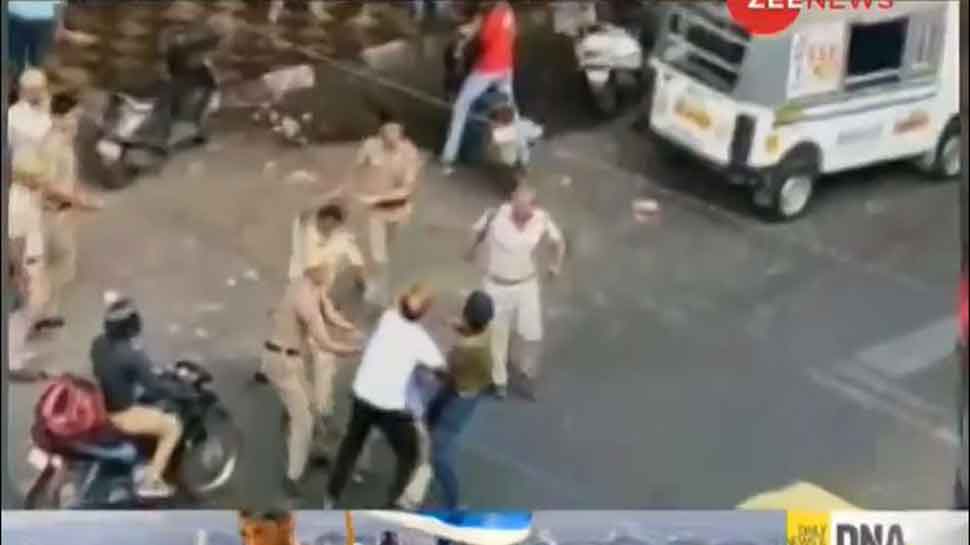 New Delhi: Condemning Delhi Police over an alleged assault of a man in Delhi, Chief Minister Arvind Kejriwal demanded an investigation into the matter on Monday.

Delhi Police brutality in Mukherjee Nagar is highly condemnanble and unjustified.
I demand an impartial probe into the whole incident & strict action against the guilty.
Protectors of citizens can't be allowed to turn into uncontrolled violent mobsters.

In a video, that went viral on social media, several policemen confronting the gramin seva tempo driver after his vehicle allegedly ran over the leg of a policeman can be seen.  The policemen could be seen dragging the driver's son while one of them hits him with a lathi. Following this, the driver is seen chasing the policemen with a sword.

The incident occurred in Delhi's Mukherjee Nagar area on June 16. The police claimed that two of their men were injured in the attack. However, The Gramin Seva driver alleged that the cops attacked them first.

The tempo driver, Sarabjeet Singh, has been booked under Sections of attempt to murder and attacking a public servant on duty.

Alleged incident followed an accident caused by a Gramin Sewa tempo to a police vehicle. Thereafter, a police officer was also assaulted on head by the tempo driver with a sword. Further the tempo was driven dangerously and caused injuries to a policeman in the leg.@mssirsa

Following the attack, a group of people staged a protest outside Mukherjee Nagar police station. An FIR has been registered and an inquiry has been ordered into the incident over the role of policemen.