The Narendra Modi -led NDA government has appointed Samant Goel as the RAW chief and Arvind Kumar as the Director of the Intelligence Bureau.

The government has appointed Samant Goel as the RAW chief and Arvind Kumar as the Director of the Intelligence Bureau.

Notably, new RAW chief Samant Goel was the planner of the IAF airstrike on Balakot in Pakistan, which was conducted to avenge the Pulwama attack on CRPF wherein at least 40 jawans lost their lives.

Arvind Kumar, the new IB Director, is an expert on issues concerning Jammu and Kashmir.

The appointments to the two top positions were made by the Appointments Committee of the Cabinet, which is chaired by Prime Minister Narendra Modi. 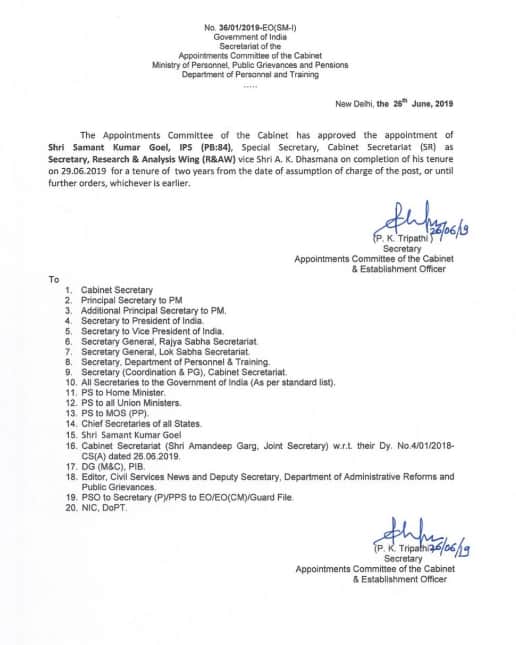 Goel will replace Anil Dhasmana as the chief of the Research and Analysis Wing. Being the RAW chief, he will be accorded Cabinet rank and function under the direct command of the Prime Minister. On the administrative front, the RAW chief comes under the Cabinet Secretary of India.