Photographs of Sitharaman's meeting with the Wing Commander on Saturday was extensively shared on social media. 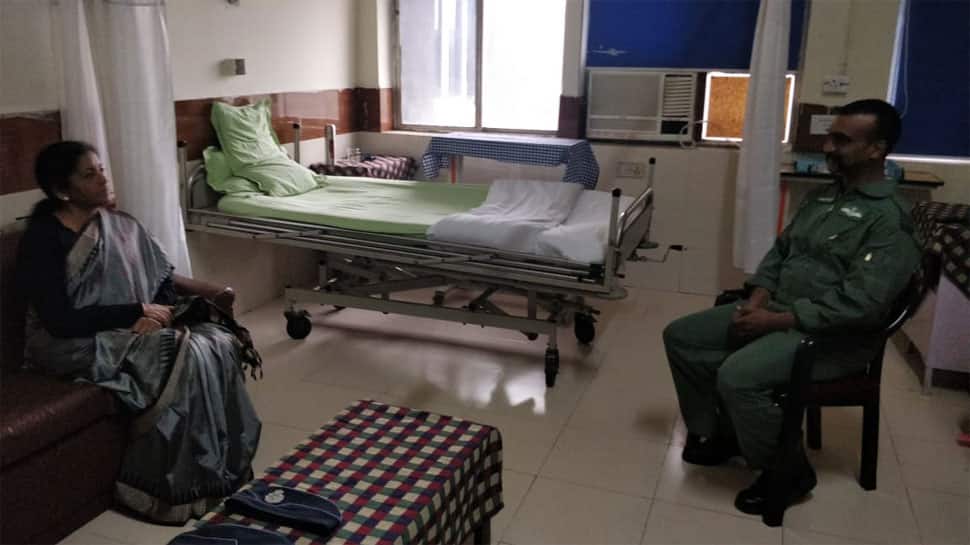 New Delhi: Government sources on Sunday confirmed that a Twitter handle, which has been created with Indian Air Force pilot Wing Commander Abhinandan Varthaman's name, is fake. The account - @Abhinandan_wc - had tweeted a photo of Abhinandan meeting Defence Minister Nirmala Sitharaman and captioned, "Thank you for respecting me and looking at me mam @nsitharaman"

Thank you for respecting me and looking at me mam @nsitharamanpic.twitter.com/kvrZRoRvfs

Soon after it surfaced that an IAF pilot was captured by Pakistan, the microblogging site overflew with tweets demanding his return and with this cropped up some fake Twitter handles with Abhinandan's name.

Photographs of Sitharaman's meeting with the Wing Commander on Saturday was extensively shared on social media including Defence Spokesperson's official Twitter handle. Subsequently, it was also shared by this fake handle.

The fake Twitter handle has, so far, garnered more than 2000 followers.

. @DefenceMinIndia meets the #AirWarrior #AbhinandanVarthaman at his hospital room in Delhi to convey the sentiment of the Nation. Appreciates his impeccable combat skills as well as calmness in adversity. Interacts with the family and the hospital staff too. pic.twitter.com/PrAf3X7rEj

Wishes started pouring in on social media since Abhinandan was captured by the Pakistani authorities on February 27 after a brief aerial combat between the air forces of the two countries, a day after IAF conducted counter-terror operations targeting Jaish-e-Mohammed's biggest terror training camp in Pakistan's Balakot.

The airstrikes by IAF, which escalated tensions between the two countries, came nearly 11 days after the JeM claimed responsibility for a suicide attack on a CRPF convoy in Kashmir that killed 40 soldiers.