The prices of onion have increased around 300% in the last one month due to the disruption in supply from Maharashtra and Karnataka. 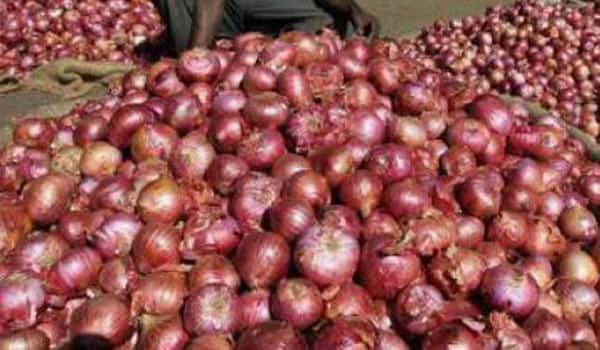 Expressing concern over the soaring onion prices, Food and Consumer Affairs Minister Ram Vilas Paswan on Tuesday issued a stern warning to hoarders and black marketers against stocking onions. Paswan said that the supply of onion has been affected due to recent floods in Maharasthra and Karnataka - the two main onion growing states.

"I want to inform hoarders that we have a buffer stock of 50,000 tonne. Affected states can boost their supply through agencies like Nafed and National Cooperative Consumers," Paswan said, stressing that the government is taking measures to keep situation under control.

The prices of onion have increased around 300% in the last one month due to the disruption in supply from Maharashtra and Karnataka. The prices of onion in Delhi and other parts of the country have jumped to as much as Rs. 70-80 per kg. IANS reported that onion is currently selling at a higher price than apples at wholesale markets in Delhi and adjoining areas. Paswan said that his ministry has instructed the state governments to boost supply in their states in order to keep situation under control.

"The situation in Maharashtra is very bad. Transportation is not there. 50,000 tonnes buffer stock we have. 15,000 tonnes are out. 35,000 tonnes we still have. All states government can buy from us at reasonable price to meet the demands," he said, adding, "Delhi government has come forward and they are selling at Rs. 23-24 per kg. Tripura chief minister also called."

Agriculture Minister Narendra Singh Tomar said that the prices of onion will decrease in the coming days as the Centre is boosting supply through Nafed and other agencies. "At times, consumers have to pay high price for farm items; and at times, farmers get less price for their produce. Our role is to balance this. We are aware of it and are taking several measures," he said.