The CM and nearly 100 Congress and independent MLAs stayed overnight at a resort on Delhi-Jaipur highway amid allegations that the BJP was trying to poach ruling party legislators ahead of the Rajya Sabha polls. 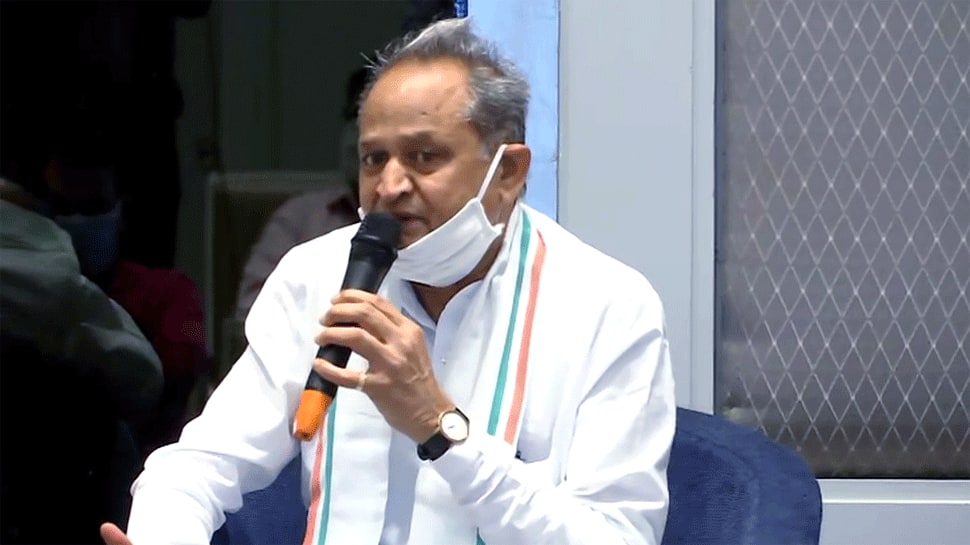 Jaipur: Rajasthan Chief Minister Ashok Gehlot on Friday (June 12) slammed the BJP and said that the Rajya Sabha elections could have been conducted two months back, however they were postponed for no reason because BJP's horse-trading was not complete.

"The Rajya Sabha elections could have been conducted two months back, but they were postponed for no reason. The Bharatiya Janata Party wanted to poach MLAs in Rajasthan, but failed and hence delayed the elections," CM Gehlot said here while addressing the media along with Deputy Chief Minister Sachin Pilot.

The CM and nearly 100 Congress and independent MLAs stayed overnight at a resort on Delhi-Jaipur highway amid allegations that the BJP was trying to poach ruling party legislators ahead of the Rajya Sabha polls. PTI claimed party sources as saying said the MLAs were asked to stay at the resort amid poaching threat.

Ahead of the Rajya Sabha elections, Pilot had on June 11 expressed confidence of winning the seats and said that their candidates will win.

"Our party, MLAs from supporting parties and independent MLAs who are supporting us, all are united. We have more than the required number for the majority. Our Rajya Sabha candidates Neeraj Dangi and KC Venugopal will win," said Pilot.

Congress Chief Whip in the state Assembly Mahesh Joshi had on June 10 written to the Director-General of Anti-Corruption Bureau (ACB) alleging that attempts were being made to destabilise the state government by luring his party's MLAs and independent MLAs who support the government.

A meeting of Congress Rajya Sabha candidates KC Venugopal and Neeraj Dangi with the MLAs will be held on Friday at the resort in the presence of other senior party leaders.

For three Rajya Sabha seats from Rajasthan, the Congress has fielded two candidates, while BJP's two candidates have filed nominations.