An official said there were around 2.58 lakh Indian and foreign visitors last year and we are expecting around 3 lakh visitors this year. 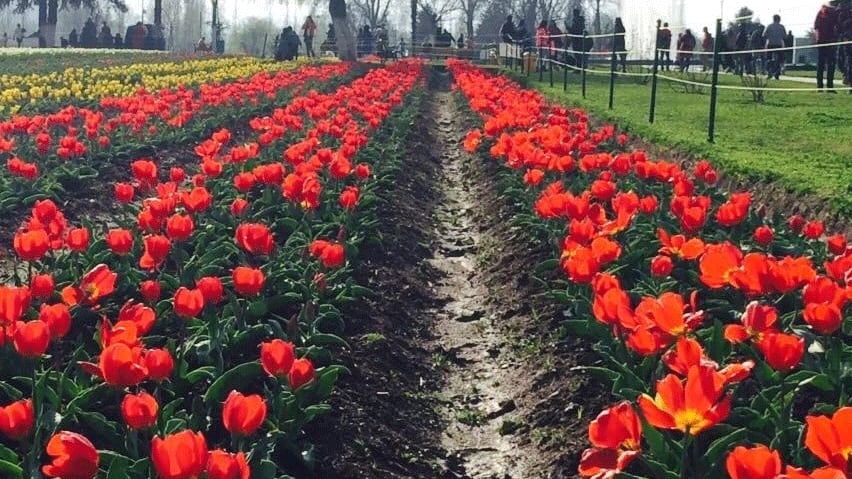 New Delhi: Tulip garden in Kashmir, touted as the largest tulip garden in Asia will witness 13 lakh tulips at full bloom during this season.

The garden will open to the public in the first week of March. At a time when Kashmir's tourism has hit a low after the abrogation of Article 370 in August 2019, the tulip garden is expected to attract both Indian and foreign tourists. The number of tulip flowers this year has increased by 1 lakh compared to last year.

The Floriculture Department of Jammu and Kashmir is also going to put up a 'cherry garden theme' which is based on a Japanese pattern. 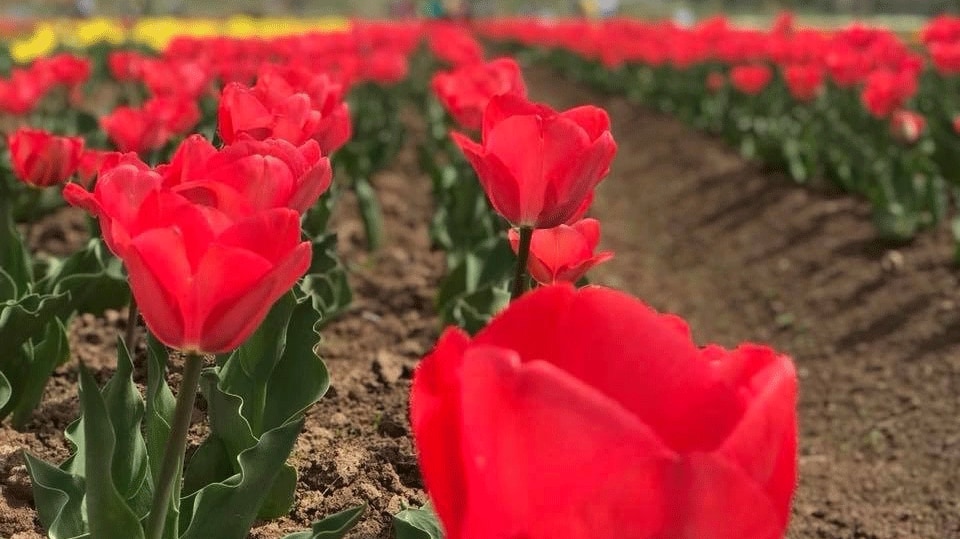 The in-charge of the tulip garden, Sheikh Altaf said, "We have planted 13 lakh tulip bulbs for the visitors this year which is 1 lakh more than the last season."

Altaf added, "If the temperature remains cold and between 20-25 celsius, then we are expected to see 13 lakh tulip flowers and the garden may be open to the public for 40 days." A water canal has also been made to keep the attraction of the visitors.

An official said there were around 2.58 lakh Indian and foreign visitors last year and we are expecting around 3 lakh visitors this year.