Asiatic lion population in Gujarat rises to 674 in five years, up by almost 29% 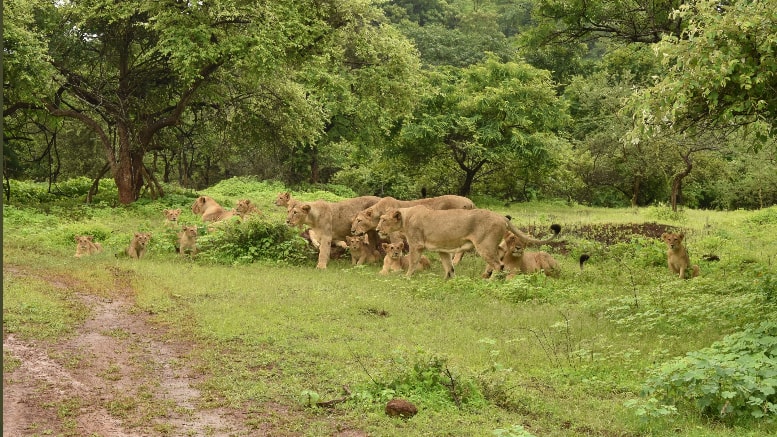 The state forest department in a press statement on Wednesday confirmed the numbers. The statement read: "The last population estimation exercise was conducted in May 2015 which pegged the lion numbers at 523, a 27 per cent increase from the estimation of 2010. The population of Asiatic Lions has thus shown a steady increase with a population of 674 individuals with an increase rate of 28.87 per cent (one of the highest growth rate so far)..."

The press note further said that multiple strategies had been implemented that has contributed to the success in conservation. The use of modern technology, wildlife health care, habitat management, increase in prey base and human-lion conflict mitigation to name a few of the strategies employed by the state department.

Asiatic lions are present in protected areas and agro-pastoral landscape of Saurashtra covering atleast nine districts in a sprawling expanse of over 30000 sq. km which is termed as the Asiatic Lion Landscape.

Meanwhile, an eleated Prime Minister Narendra Modi shared pictures of Asiatic lions from the Gir forest. PM Modi took to social media to announce: "Two very good news: Population of the majestic Asiatic Lion, living in Gujarat’s Gir Forest, is up by almost 29%. Geographically, distribution area is up by 36%. Kudos to the people of Gujarat and all those whose efforts have led to this excellent feat."

The Gir forest is located in PM Modi's home state of Gujarat and is also known globally for housing Asiatic lions.