The Assam government on Monday (July 20) released a helpline number as the floods in the northeast state continues to wreak havoc. 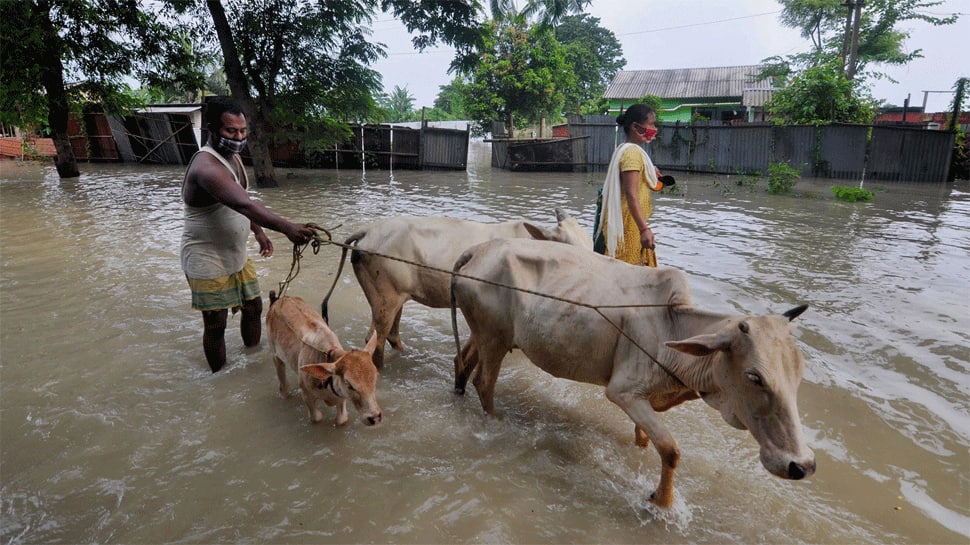 Guwahati: The Assam government on Monday (July 20) released a helpline number as the floods in the northeast state continues to wreak havoc.

For any assistance during a flood-related emergency, people may call up on the following helpline number, released by Assam State Disaster Management Authority: 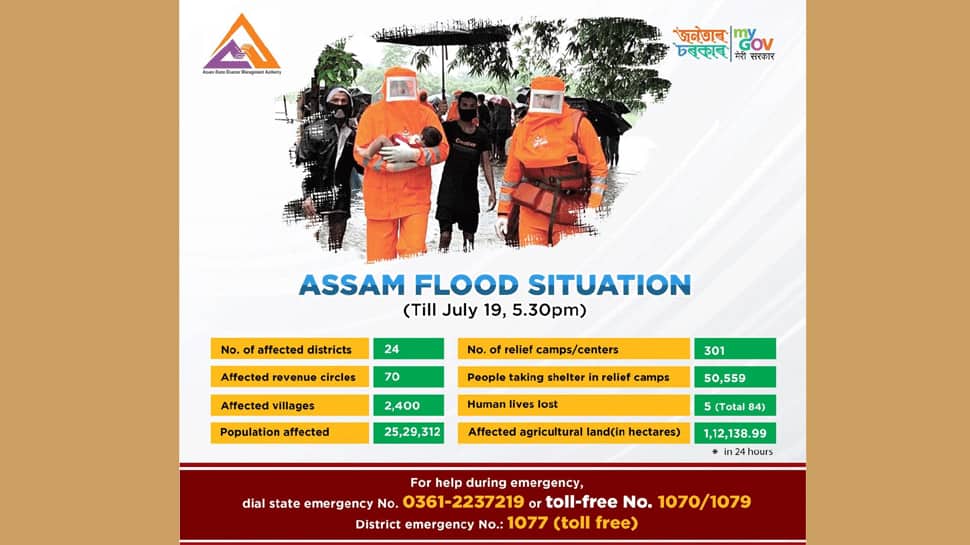 The death toll due to floods and landslides this year in the state has increased to 110, with 84 dying in flood-related incidents.

On Monday, five more people died in flood-related incidents in Assam where the deluge affected nearly 25.29 lakh people in 24 of the 33 districts of the state.

Goalpara is the worst-hit district with over 4.53 lakh people affected, followed by 3.44 lakh in Barpeta and 3.41 lakh in Morigaon. Personnel of the State Disaster Response Force, district administrations and local people have rescued 366 persons during the last 24 hours, the ASDMA said.

The ASDMA said the authorities are running 564 relief camps and distribution centres across the state where almost 1.45 people have taken shelter. At present, 2,400 villages are underwater and 1,12,138.99 hectares of crop areas have been damaged across Assam.

The Brahmaputra is flowing above the danger mark in Dhubri and Goalpara cities, along with Nimatighat in Jorhat and Tezpur in Sonitpur districts.