Earlier on July 12, the CM had directed DCs to deploy NDRF and SDRF personnel for the timely rescue of flood victims. 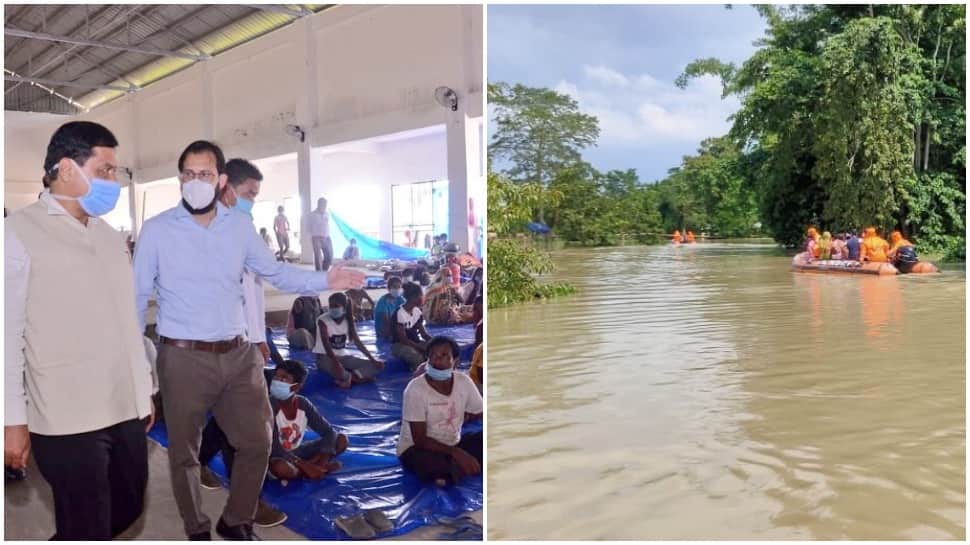 Dibrugarh: Assam Chief Minister Sarbananda Sonowal on Monday (July 13, 2020) visited relief camps that have been set up due to the floods that have affected nearly 22 lakh people across 27 districts in the State

He directed district admin officials to ensure uninterrupted supply of essentials and medicines in the relief camps.

CM also directed officials to take special care of children and the elderly residing in the camps, while ensuring proper hygiene and social distancing.

CM Sonowal inspected erosion hit areas at Rohmoria in Dibrugarh and said, "Our Govt is taking all steps to combat the menace of erosion. Today, I have announced three new schemes amounting to ₹ 25 crores which will help to check erosion activities in the Rohmoria area."

Over six people were reportedly killed on Monday in the flood-related incidents.

NDRF Chief Satya Pradhan on Monday informed that there were flood rescue operations in Jamdoha village in the Bongaigaon district where the rescue team evacuated 57 marooned villagers.

Earlier on July 12, the CM had directed DCs to deploy NDRF and SDRF personnel for the timely rescue of flood victims.

CM Sonowal has also asked officials to work on war footing to complete the repairment works of embankments at the soonest and take erosion prevention measures.