Union ministers Kiren Rijiju and Sarbananda Sonowal, along with BJP MPs from Assam, Manipur, Tripura and Arunachal Pradesh, met Modi in Parliament House. The MPs also gave a four-page memorandum to him. 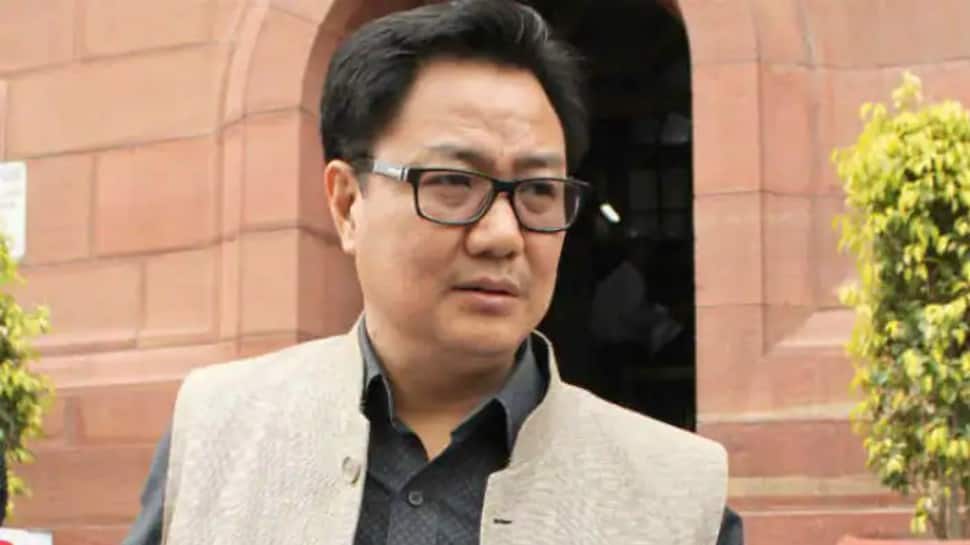 New Delhi: A group of BJP MPs from four northeastern states met Prime Minister Narendra Modi on Monday over the recent border skirmishes between Assam and Mizoram, alleged that foreign forces were fuelling fire in the region and accused the opposition Congress of "politicising" the sensitive issue.

Union ministers Kiren Rijiju and Sarbananda Sonowal, along with BJP MPs from Assam, Manipur, Tripura and Arunachal Pradesh, met Modi in Parliament House. The MPs also gave a four-page memorandum to him.

Talking to the media after the meeting, Rijiju alleged that some "foreign forces are fuelling fire" in the region by making inciting statements and promoting manipulated contents.

In the memorandum to Modi, the BJP MPs said that they want to convey to all those elements who view the Assam-Mizoram issue as a means of "spreading chaos in India that their shenanigans will not work".

The BJP MPs said they were extremely pained by the violence that took place on the Assam-Mizoram border.

"At the same time, we would like to express our clear disapproval of the attempt by sections of our polity led by the Congress Party to indulge in politics over these happenings and use this as a means to indulge in one-upmanship," the MPs said in the memorandum.

The MPs underlined that the chief ministers of Assam and Mizoram have expressed the desire to amicably resolve issues.

"A series of confidence building measures have also taken place over the last few days. Yet, the actions of the Congress Party remain devious and mischievous,? they said, adding that the party and its leaders have zero regard for the culture of the region.

They accused the Congress of politicising this sensitive issue.

The MPs further said in the memorandum that they would like to unequivocally state that under the NDA government led by Modi "development work in the Northeast has been historic and unparalleled".

In contrast, the parliamentarians from the BJP said, "successive Congress governments at the Centre failed to do justice to the dreams of the region. The problem with the party is fundamental -- their view towards our region is patronising, condescending and reeks of a mindset akin to orientalism."

"In line with Prime Minister Modi's vision of providing people-centric solutions to long lasting problems, the Naga Accord, Bodo Accord and the Bru-Reang issue moved towards peaceful resolution," the memorandum reads.

There were 16 MPs in the meeting with the prime minister -- 12 from Assam, two from Arunachal Pradesh and one each from Manipur and Tripura.

At least six Assam Police personnel and one civilian were killed and more than 50 people injured in a fire-fight between the police of the two states on a disputed stretch of their boundary near Dholai in Cachar district on July 25.