As the protests in Assam against the Citizenship Amendment Bill turned violent, BJP MP Subramanian Swamy on Thursday said that those who are protesting against the bill, can go ahead and protest. "However, those who are vandalising public property in the name of protest should be lodged in jail," he said. 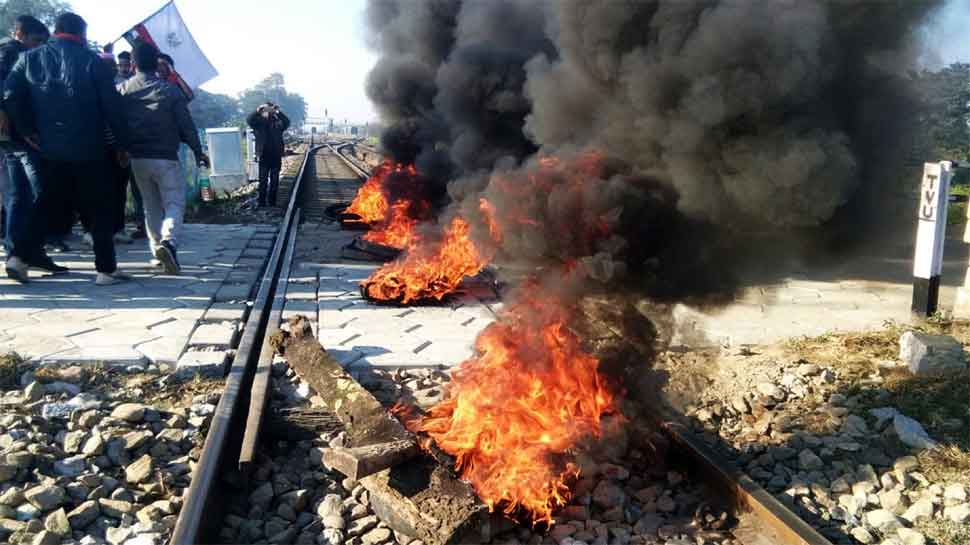 NEW DELHI: As the protests in Assam against the Citizenship Amendment Bill turned violent, BJP MP Subramanian Swamy on Thursday said that those who are protesting against the bill, can go ahead and protest. "However, those who are vandalising public property in the name of protest should be lodged in jail," he said.

This comes as violent protests erupted in different parts of Assam on Wednesday (December 11) with the passing of the Citizenship Amendment Bill in the Rajya Sabha, despite assurances by Prime Minister Narendra Modi and Union Home Minister Amit Shah that the Bill will not harm the interests of the people living in North East.

Chief Minister Sarbananda Sonowal's home in Dibrugarh was attacked on Wednesday, and he was reported to have been stranded for some time at the Guwahati airport on his return from Tezpur. A railway station in Chabua of Dibrugarh district, which is the chief minister's hometown, was set ablaze by protesters late on Wednesday night. The Panitola Railway station in Tinsukia district was also vandalized and set on fire.

Further, Union Minister Mukhtar Abbas Naqvi defended the bill and said that said inhuman insult has been tranformed into human dignity by PM Modi and Home Minister Amit Shah's efforts. "Fake propoganda is being spread saying that Muslims will be harmed by the bill, but the bill is to provide dignity and rights to people. Those who are the citizens of this country, will not be affected by the bill at all," he said.

Futher, BJP MP Rupa Ganguly also hailed the bill and said that it gives human rights to lakhs of refugees. Recounting how she had escaped from Bangladesh wearing a burqa, Ganguly said that those who kidnapped her also belonged to Muslim community and those who saved her were also Muslims.

Congress MP Pradeep Bhattacharya slammed the bill and said that the bill shouldn't be implemented at any cost while adding that "
Amit Shah and PM Modi set the country on fire by passing the bill."

The Citizenship Amendment Bill was passed in Rajya Sabha on Wednesday with 125 votes in favour and 99 against it. On Monday (December 10), the Bill was passed in Lok Sabha with a thumping majority. It seeks to give Indian citizenship to refugees from Hindu, Christian, Sikh, Buddhist and Zorastrian communities fleeing religious persecution from Pakistan, Afghanistan and Bangladesh.

(With inputs from Bramh Prakash Dubey and Vishal Pandey)