At 40th session of UNHRC, India lashes out at Pakistan's support to terror

Pakistan's support to terrorist organisations and its illegal occupation of a part of Jammu and Kashmir were the two main points of Indian attack at the 40th session of the UN Human Rights Council in Geneva on Tuesday. 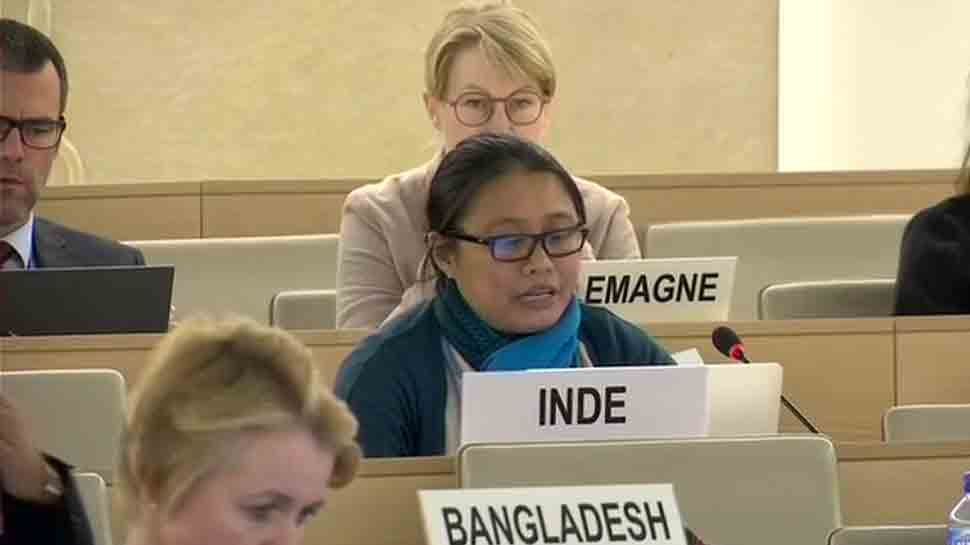 Pakistan's support to terrorist organisations and its illegal occupation of a part of Jammu and Kashmir were the two main points of Indian attack at the 40th session of the UN Human Rights Council in Geneva on Tuesday.

Mini Kumam, first secretary, Permanent Mission of India to the UN, flayed Pakistan for violating human rights of people in Pakistan-occupied-Kashmir and for supporting cross-border terrorism. "Matters that need to be addressed are Pakistan's illegal occupation of a part of Indian State of J&K and the suffering of PoK people. J&K is an integral part of India. Pakistan wrecked UN resolutions by violating its obligations to vacate territories under its control," she said. "Pakistan is known to the international community for its acts of aggression, harbouring safe havens for terrorists, military courts trying civilians, harassment of minorities through blasphemy law, forced conversions and marriages of minorities, even in Sindh, Balochistan and Khyber Pakhtunkhwa."

Kumam also highlighted how Pakistan has supported terrorist organisations that have posed a massive security threat in J&K. "Pakistan's continued support to cross border terrorism is the main challenge to protecting the human rights of our citizens in the Indian State of Jammu and Kashmir," she said. "Confirmation of using UN proscribed terror organization, Jaish-e-Mohammad, as an instrument of state policy by Pakistani military or political leadership is already in public domain."

India has already put Pakistan in a tight spot at the global stage by using diplomatic channels to expose its strong links with terrorist organisations. In the aftermath of the dastardly Pulwama attack, India went on a diplomatic offensive and Tuesday's attack at the UNHRC is only an extension of the same.

Interestingly, even as Kumam exposed Pakistan the UNHRC session, activists from Pakistan and PoK staged a protest outside the venue against Islamabad.