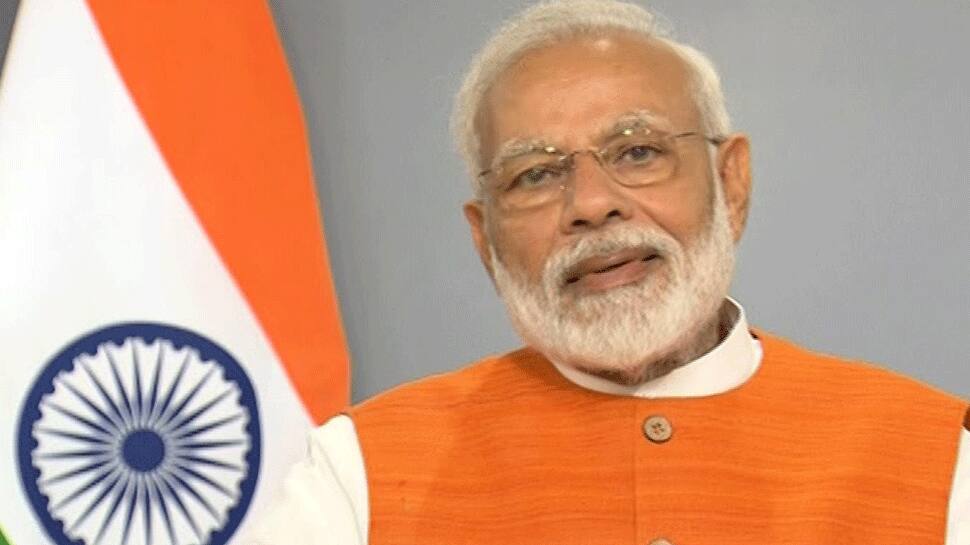 NEW DELHI: Prime Minister Narendra Modi on Friday said that AYUSH and Yoga are two strong pillars of the 'Fit India' movement, which he launched amid much fanfare at Delhi's Indira Gandhi Stadium on Thursday. Addressing a gathering on the occasion, the PM said that Mahatma Gandhi used to believe that naturopathy is a way of living.

The Prime Minister further said that India has vast and ancient texts highlighting the importance of Ayurveda and Yoga.

Giving away Yoga Awards to the winners for Outstanding Contribution for Promotion and Development of Yoga in New Delhi, PM Modi said he makes full use of Yoga and Ayurveda in his life.

He said that attending a program related to Ayush and Yoga on the very next day of the launch of Fit India is a strange coincidence.

Taking a dig at the previous Congress-led governments, the PM asked if a postal stamp on those who had dedicated their whole life promoting Yoga and AYUSH could ever be released in those times.

''This is a new India where surnames of the youth don't matter, what matters is their ability to make their own name. New India isn't about the voice of select few but each Indian. This is an India where corruption is never an option, whoever the person is. Competence is the norm now,'' the PM said.

These commemorative postal stamps highlight the great work and acknowledge the achievements of the Great Master Healers of AYUSH Systems.

This is in line with Ministry of AYUSH’s commitment to making 12 thousand 500 AYUSH Health and Wellness Centres functional in next three years.

The main focus of these centres will be empowering the community for self-care by imbibing AYUSH based healthy food and lifestyle, social behaviour and use of medicinal plants for primary health care.