Former Jharkhand chief Minister and president of JVM(P) Babulal Marandi merged his party with the BJP. Union Home Minister Amit Shah welcomed Marandi, the first chief minister of Jharkhand, and his supporters into the saffron party at a rally in Ranchi on Monday (February 17). 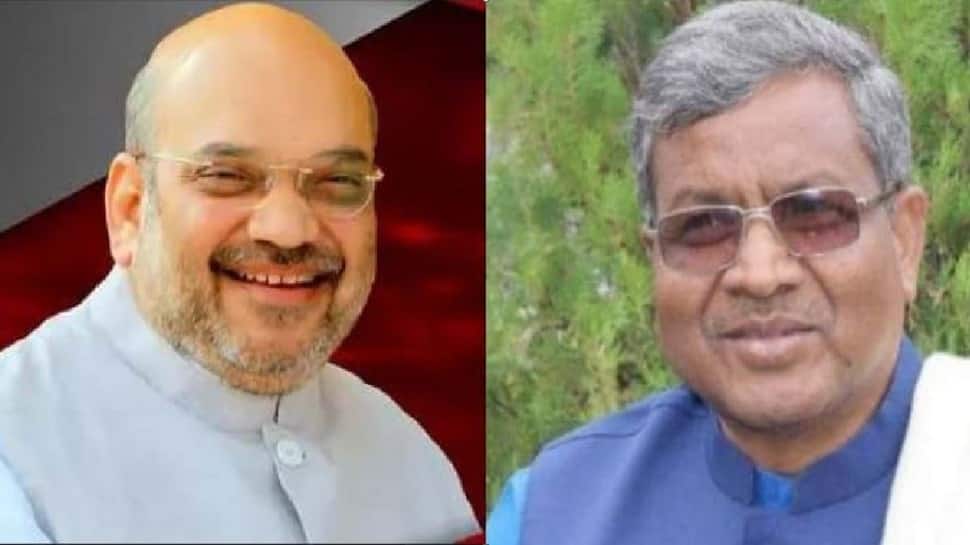 New Delhi: Former Jharkhand chief Minister and president of JVM(P) Babulal Marandi merged his party with the BJP. Union Home Minister Amit Shah welcomed Marandi, the first chief minister of Jharkhand, and his supporters into the saffron party at a rally in Ranchi on Monday (February 17).

Assuring Marandi that he will get due respect and responsibility in the BJP, Amit Shah said, "I am delighted that Babulal Marandi has returned to BJP. I was working for his return since 2014 when I became the party president."

Addressing the well-attended rally, Amit Shah also raised the Ayodhya issue and withdrawal of special status to the erstwhile state of Jammu and Kashmir.

The Home Minister said, "Prime Minister Narendra Modi has ensured Kashmir becomes an integral part of India forever by scrapping articles 370 and 35(A) of the Constitution."

Amit Shah also said that while being in opposition, the BJP will support public welfare schemes of the Jharkhand government, adding " but we will oppose attempts of encouraging Naxalism, terrorism and corruption. We will fight against these issues in and outside the Assembly."

Prior to merger of the JVM(P), it had issued a show-cause notice to Poriyhaat MLA Pradeep Yadav on February 4, for statements made by him which the party said were against the interests of the organisation. Yadav has also been accused of making comments against Marandi.

Earlier on February 7, Babulal Marandi decided to expel MLA Pradeep Yadav from the party on the charges of anti-party activities. Yadav is the second legislator to be expelled from the party.

The JVM-P had also sacked its Mandar MLA Bandhu Tirkey on January 21, after accusing him of being involved in anti-party activities. Bandhu was also served a show-cause notice.

The action against both the MLAs was taken just to clear the path for the merger with the BJP.

In the crecently concluded Assembly elections in Jharkhand, the JVM-P had won three seats, which included Babulal Marandi, Pradeep Yadav, and Bandhu Tirkey. Both Yadav and Tirkey were against the merger with the BJP, according to the party sources.

Babulal Marandi was the first Chief Minister of the BJP-led state government in Jharkhand, from November 2000 to March 2003, but he quit the party in 2006 and formed the new party-Jharkhand Vikas Morcha (Prajatantrik).