Inclement weather continued to hamper the rescue operations and recovery of mortal remains of the 13 air warriors on board the ill-fated Indian Air Force's AN-32 aircraft that crashed in Arunachal Pradesh on June 3. 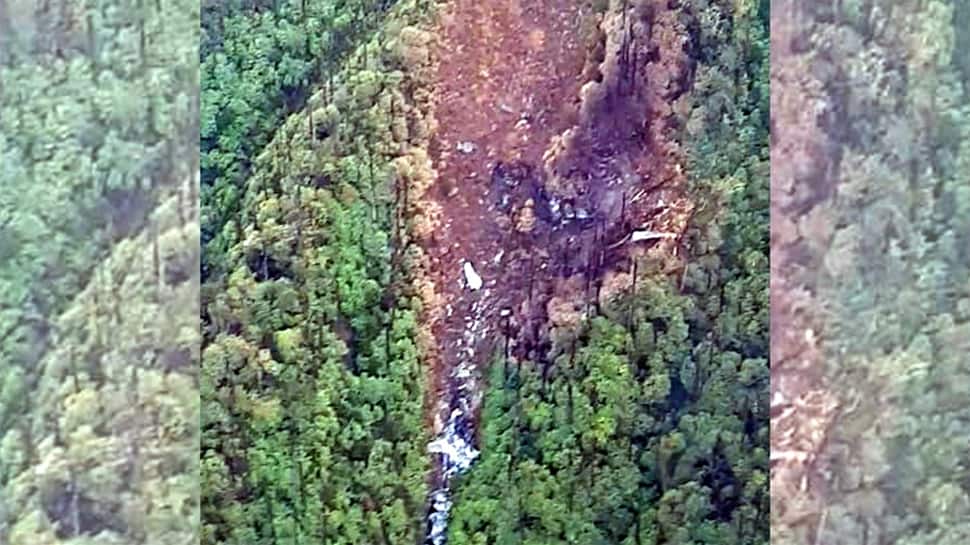 Visual of the wreckage of the missing AN-32 spotted 16 kms North of Lipo, North East of Tato, at an approximate elevation of 12000 ft, in Arunachal Pradesh by the IAF Mi-17 Helicopter (Photo: IANS)

LIPO: Inclement weather continued to hamper the rescue operations and recovery of mortal remains of the 13 air warriors on board the ill-fated Indian Air Force's AN-32 aircraft that crashed in Arunachal Pradesh on June 3.

Members of the 15-member trekking party, currently braving the bad weather and treacherous terrain to reach accident site on foot, is likely to reach the crash site late on June 19.

“The IAF has actively coordinated with state administration at all levels. A ground team comprising Garud commandos of the IAF, SF (Special Forces) of Indian Army, civilian porters and hunters is already on its way to the accident site on foot. The first element of this trekking party is likely to reach the site late on June 19,” Defence PRO Meghalaya Wing Commander Ratnakar Singh said.

“No efforts is being spared by IAF personnel to ensure that the mortal remains of their brothers in arms are retrieved at the earliest. The Army and Arunachal Pradesh state administration have all along provides unflinching support,” he added.

The Russian transporter aircraft was going from Jorhat in Assam to Menchuka advanced landing ground near the border with China on June 3 when it lost contact around half-an-hour after taking off.

The wreckage of the missing aircraft was located by a Mi-17 helicopter on June 11, following which a team of 15 mountaineers was air-dropped near the crash site next day. “Later, three more mountaineers joined the rescue team. The mortal remains of Air warriors, Flight Data Recorder (FDR) and Cockpit Voice Recorder (CVR) were recovered at the site,” added Singh.

Helicopters, including Mi-17s, Cheetah and Advanced Light Helicopter (ALH) have been unable to approach the crash site in the last three days because of the bad weather in the valleys and cloud cover over the region.

“Retrieval operations require the steep mountain sides to be visible for the helicopters to safely hover close to the crash site and for operating crew to be able to see the personnel on the ground,” said Singh.

The Indian Air Force on Thursday said all 13 people on board the aircraft had died.