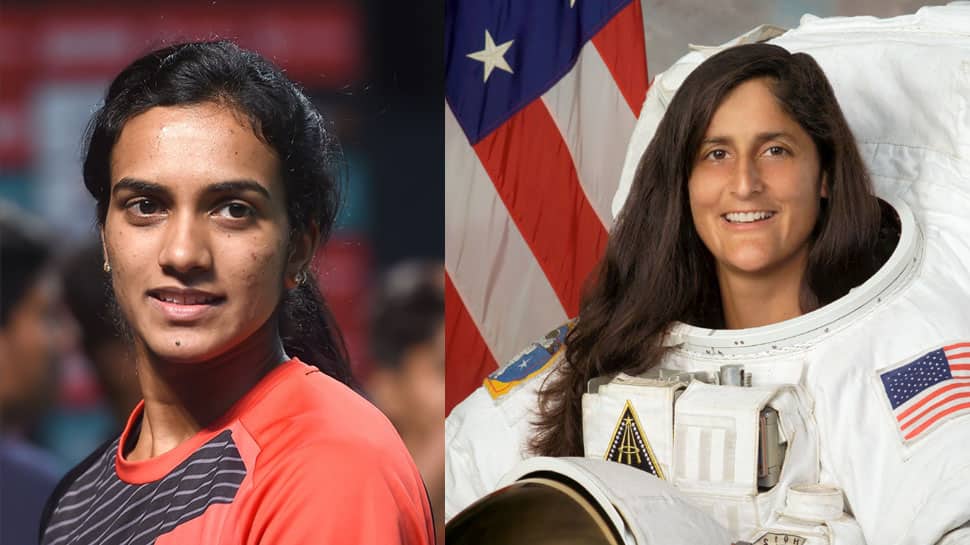 Women`s Day, being observed on Saturday at Aero India 2019 – Asia's largest military aviation exhibition at the Yelahanka Air Force base in Bengaluru, will celebrate the contribution of women in aviation.

An all-woman crew will fly few aircraft as part of the air display. According to sources, two IAF fighter pilots will fly Hawk-I advanced jet trainer while another will fly the upgraded version of the MiG-21.

“The spell binding machines & operators of IAF are mesmerising the audience at Aero India 2019. 23th Feb 19, is dedicated to 'Women in Aviation' & IAF is being represented by Women Officers from varied ranks & branches,” tweeted Indian Air Force.

#AeroIndia2019 : The spell binding machines & operators of IAF are mesmerising the audience at Aero India 2019.
23th Feb 19, is dedicated to 'Women in Aviation' & IAF is being represented by Women Officers from varied ranks & branches.#WomeninAviation#AeroIndia pic.twitter.com/yuF8kmnwbb

Sindhu confirmed the news of her sortie in Tejas on her official Twitter handle.

Tejas, built by the Hindustan Aeronautics Ltd (HAL), is a single-engine multirole light fighter and the lightest in the world.

The aircraft received its final operational clearance (FOC) on Wednesday from military aviation regulator Centre for Military Airworthiness and Certification (Cemilac) for induction into the Indian Air Force (IAF) as a weaponised fighter jet in its operational fleet.

On Friday, Aero India held a panel discussion on 'Women in Aviation', hosting of women in defence and related sectors.

“The challenges that women pioneers faced in this niche field was discussed and all the eminent panellists shared their personal experience of converting these challenges into opportunities,” tweeted IAF.

On Saturday's event, several women achievers in the sector will be honoured.

Today at #AeroIndia2019 too going to be exciting. The day is dedicated to women empowerment - #AeroIndiaWomenDay

Here are some major attractions of the day@IAF_MCC @PIB_India @SpokespersonMoD pic.twitter.com/eeiaV1icLm

A book and film on `Women in Aviation` will also be released.