India and Bahrain have sent a stern message to countries supporting terror with the joint statement calling out countries who support terror to dismantle terror bases and reject use of terror as a state policy. 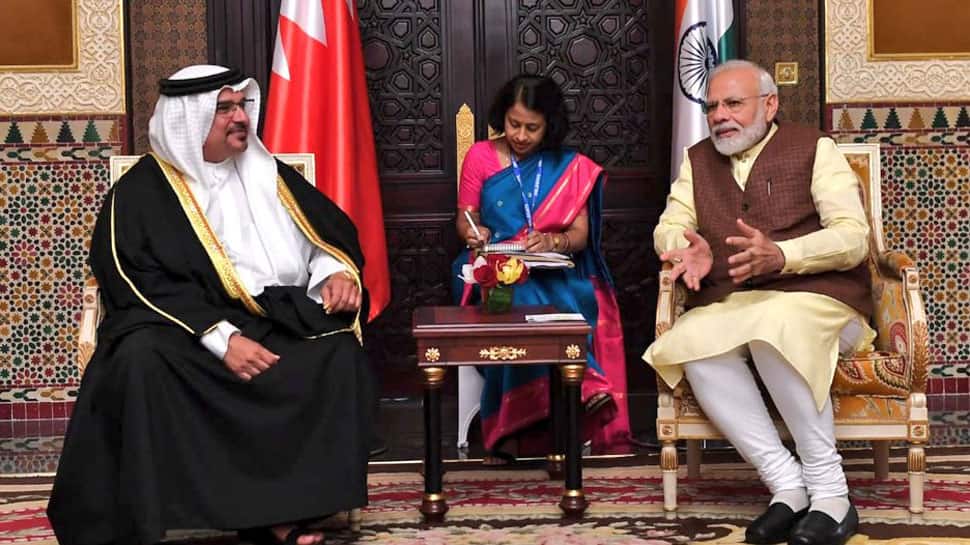 New Delhi: India and Bahrain have sent a stern message to countries supporting terror with the joint statement calling out countries who support terror to dismantle terror bases and reject use of terror as a state policy.

The joint statement said, "Both sides called on all states to reject the use of terrorism against other countries; dismantle terrorism infrastructures where they happen to exist and to cut off any kind of support and financing to the terrorists perpetrating terrorism from all territories against other states and bring perpetrators of acts of terrorism to justice."

Though no names have been mentioned, the focus is clearly on Pakistan who has been supporting terrorist camps responsible for terror attacks in India including the Pulwama terror attack of February 14 that killed more than 40 Indian security personnel.

"Both sides reaffirmed their condemnation of terrorism in all its forms and manifestations, regardless of the identity of the perpetrators and their motives," the joint statement added.

Pakistani Prime Minister Imran Khan on 9th of August called Bahrain's king to brief him about India's internal decision to remove a special status for Jammu and Kashmir but he only got a muted response.

"King of Bahrain..hoped that all issues would be resolved through dialogue", a release from Pakistani PMO said. During PM Modi's short visit, the groundwork for RuPay card, India's answer to visa was launched with Memorandum of Understanding being signed between BENEFIT and NPCI.