An elusive man-eating tiger in Karnataka's Bandipur reserve forest, who was believed to have eaten two persons, was finally captured on Sunday afternoon, concluding the search operation that went on for five days. 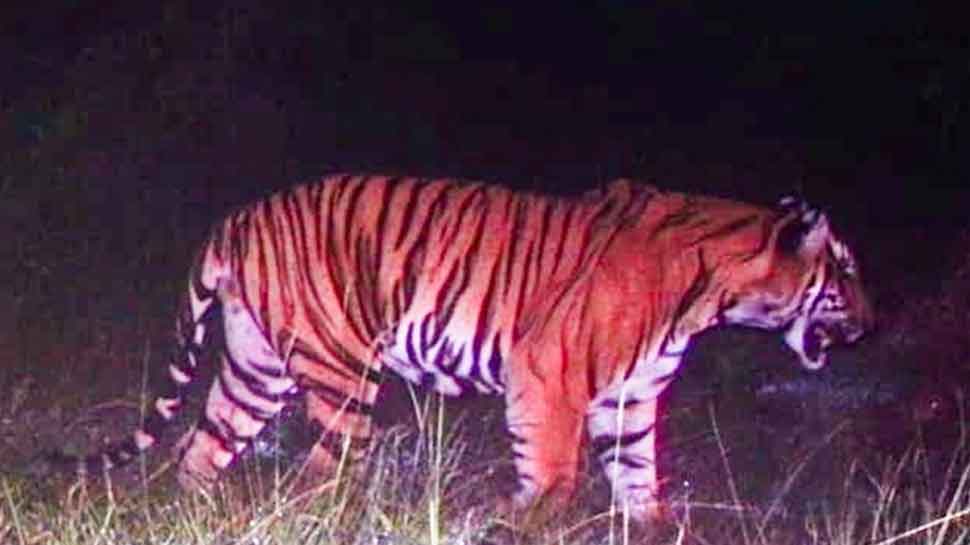 Bandipur: An elusive man-eating tiger in Karnataka's Bandipur reserve forest, who was believed to have eaten two persons, was finally captured on Sunday afternoon, concluding the search operation that went on for five days.

The tiger was captured late in the afternoon with the help of Soliga tribals, who spotted it hiding in a bush," state Chief Wildlife Warden Sanjay Mohan, who was supervising operations from outside the forest was quoted by news agency IANS as saying.

The tiger, aged between four and six years, had killed two men since last month and a search was on for the animal since October 9 in the 872km Bandipur forest in the state`s Chamarajanagar district, about 220 km southwest of Bengaluru.

For the past five days, the search team, had commenced the combing operation to capture the big cat alive or dead. The search team used different methods to locate the whereabouts of the tiger and finally nabbed him on Sunday after being tranquilized.

"When the tiger was hit by a tranquiliser dart by forest guards atop on an elephant based on the Soligas` cues, it managed to escape into another bush. The Soligas proved crucial in spotting it again and hitting it with another darting to immobilise it," Mohan said.

"As the tiger lay unconscious after it was tranquilised, the forest guards captured and brought it out in a net with the help of the Soligas," added Mohan.

The health of the tiger is said to be good, however, a thorough medical review will be done, following which, the man-eater animal will be sent to a rehabilitation centre at Mysuru.

The Bandipur tiger reserve is a popular tourist destination, and is spread across 872 sqkm in Chamarajanagar district that borders Tamil Nadu. The forest is about 220 km southwest of Bengaluru.