Calling Modi a devotee of Yoga, Obama had also said that the Indian prime minister transcended the ancient and the modern. 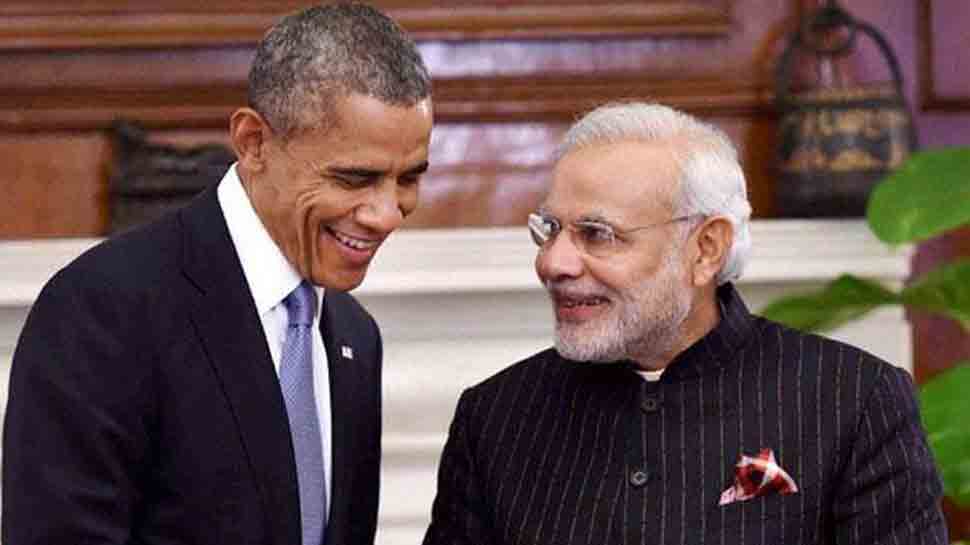 NEW DELHI: Former United States President Barack Obama, whose views on Congress leader Rahul Gandhi in his latest book 'A Promised Land' is being widely discussed on in internet, had a few years back tagged Prime Minister Narendra Modi as India's 'reformer in chief'.

"As a boy, Narendra Modi helped his father sell tea to support their family. Today, he’s the leader of the world’s largest democracy, and his life story—from poverty to Prime Minister—reflects the dynamism and potential of India’s rise," the then US President Obama had written in a piece in Time magazine.

Calling Modi a devotee of Yoga, Obama had also said that the Indian prime minister transcended the ancient and the modern. He "imagined digital" India and connected with citizens on Twitter, Obama had said.

In his yet-to-be published book, Obama speaks about his impression of several world leaders including India's Rahul Gandhi, Sonia Gandhi, former Prime Minister Manmohan Singh. The memoir titled 'A Promised Land', Obama mentions how people talk about good looking men but not of the beauty of women.

Speaking of Rahul Gandhi, Obama wrote that he has a "nervous, unformed quality about him, as if he were a student who’d done the coursework and was eager to impress the teacher but deep down lacked either the aptitude or the passion to master the subject," the NYT article stated.