Beijing should be wary of Indian competition: Chinese media

In an article titled `China should take competition from India seriously`, the Global Times said India will pose a challenge for China if New Delhi intentionally creates a competitive situation in front of global investors. 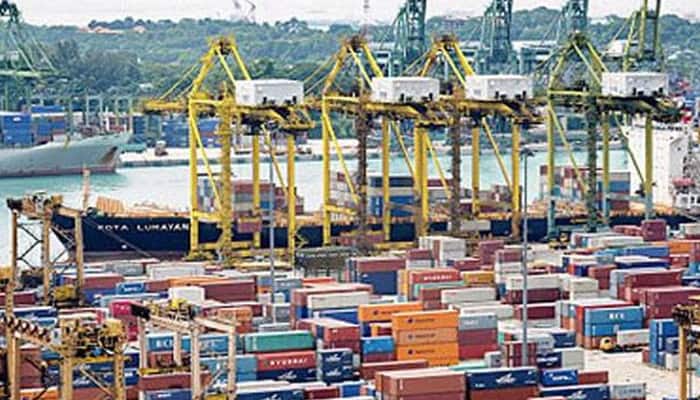 Beijing: Expressing concerns over the competition being faced by China from India, an article in the state-run Global Times said the country should be wary of Indian competition and must be `serious` about the growing signs that New Delhi is succeeding in attracting more and more investment.

In an article titled `China should take competition from India seriously`, the Global Times said India will pose a challenge for China if New Delhi intentionally creates a competitive situation in front of global investors.

"India does have the conditions to copy China`s economic growth model thanks to its vast size and market, low labor costs and large population, which are all similar to China`s conditions. In fact, based on the Ernest and Young report, global investors are currently undecided," the article said.
"Moreover, there are growing signs that India is succeeding in attracting more and more investment, which China should take seriously," it added.

Emphasizing that China has not conducted enough studies on India, the article said China cannot wait until India grows into an apparently promising competitor before discussing how to deal with the situation from the perspective of think tanks.

"The Indian government appears confident about attracting investment. At present, India is committed to solar energy development, which attracts a large number of foreign investors.

“Prime Minister Modi hopes to boost the usage of clean energy over fossil fuels by building massive solar parks and is targeting $100 billion in investment in solar energy in the next five years, with the backing of loans from the World Bank.

No other country could compete with India in supporting investors in the solar economy," the article said.

China and India are two neighboring countries with the largest populations in the world.India`s GDP for the fiscal 2016-17 was at 7.1 percent in comparison to China`s 6.7 percent.

The article said, however that India remains a potential emerging market that has high attractiveness for global capital.

"As China`s demographic dividend diminishes, India, with half of its population below the age of 25, is poised to take advantage," it said.

The Global Times stated that India with half of its population below the age of 25, is poised to take advantage as China`s demographic dividend diminishes.

"Just as what happened with China in the past, the changes that are taking place in India may also point to great potential for development. With a large population of young people, which is not only the labor force but also a potential consumer group, India has the possibility of seeing explosive economic growth in the future.

"Therefore, we must pay close attention to the development of this unfamiliar neighbor," it added.

Citing one of its researcher, the daily questioned as If India decided to copy China, what impact would it have and what should China do? Asserting that India may also develop an Internet economy and boost its infrastructure construction, along with investment-driven growth, the article said that New Delhi may turn itself into China 2.0, and let global investors decide whether to invest in China or India.

The article suggested that China should develop a more effective growth strategy for the new era or it may become an unfortunate bystander watching India`s success.

"China needs to ponder and study the rise of the Indian economy carefully. With a young population, it is entirely possible for the emerging market economy to become China 2.0 to gain the attention of world capital," it said.

Centre to push for educational empowerment of minorities