The West Bengal government facilitated the return of 138 migrant workers from Jammu and Kashmir on Monday. 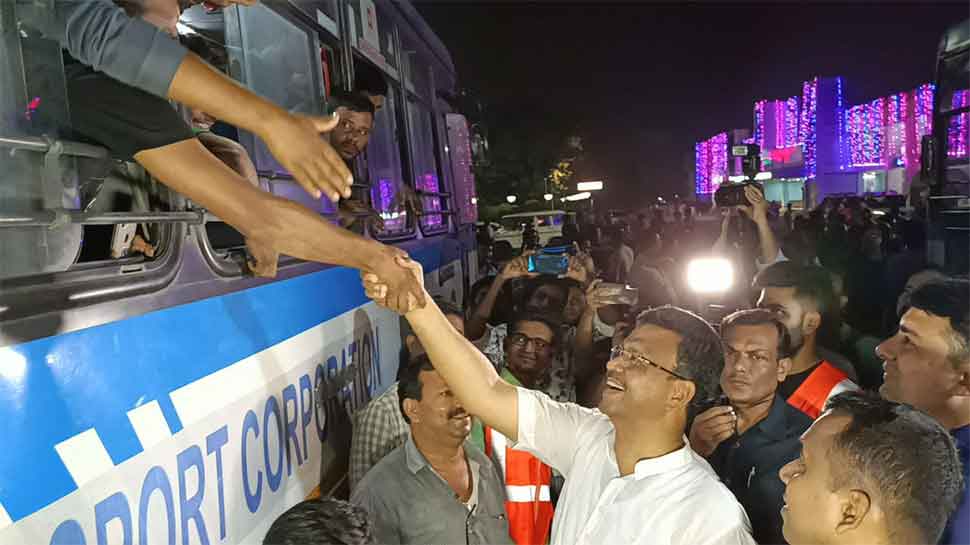 KOLKATA: The West Bengal government facilitated the return of 138 migrant workers from Jammu and Kashmir on Monday.

All the migrant workers arrived at Kolkata station today through the Jammu Tawi Express and were received by Bengal minister and Kolkata mayor Firhad Hakim.

“These migrant workers had been living in extreme fear after the five workers were brutally killed. We decided that we will not let them live in fear and hence decided to bring them back. We will stand by them in any situation,” said Hakim.

Of the total 138 migrant workers, five hail from Assam and remaining from different parts of Bengal. Those workers who arrived today were put on a bus to their respective districts. This apart, the five migrant workers from Assam who arrived today alongside Bengal migrants will be ferried till Assam bordering district of Bengal – Coochbehar. West Bengal Police in collaboration with Assam will facilitate the movement to their respective districts of Assam.

On the same day, the ruling party in West Bengal - Trinamool Congress held a candlelight march to protest against the killing of five labourers from the state in the terrorist attack that took place earlier this week in Kashmir’s Kulgam district.

The candlelight march, organised by the youth wing of TMC - TMC Yuva Morcha was held from Birla Planetarium to the Gandhi statue in the memory of the deceased in the terrorist attack. All deceased belonged to the Sagardighi area of Bengal’s Murshidabad district.