Bhanushali, 53, was shot dead in a moving train on Tuesday when was returning to Ahmedabad from Bhuj town of Kutch district in Gujarat. 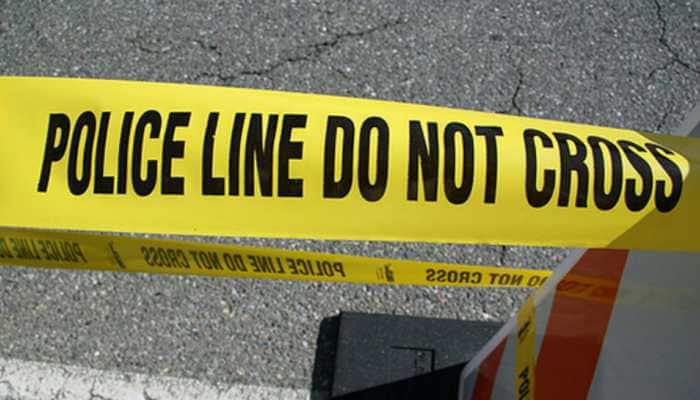 AHMEDABAD: The Gujarat CID is trying to trace the whereabouts of BJP leader Chhabil Patel, a suspect in the killing of former party MLA Jayanti Bhanushali, after Patel's family claimed that he was in the US, officials said Thursday.

The Crime Investigation Department (CID) has also sought information from Ahmedabad airport authorities about all those who flew out of the country from here during the period when Bhanushali was killed, they said.

Bhanushali, 53, was shot dead in a moving train on Tuesday when was returning to Ahmedabad from Bhuj town of Kutch district in Gujarat.

The first information report (FIR) registered on Wednesday at the Gandhidham railway police station in Kutch named Patel, his son, and four others, including a woman, as "suspects".

While Chhabil Patel's son Siddharth Patel had earlier told mediapersons that his father was in the US for some business-related work, the Gujarat CID-Crime and Railways, which is probing the killing, was yet to verify the claim.

"We cannot believe someone's claim blindly. People can claim anything. We are still probing this aspect," Superintendent of Police (CID) Bhavna Patel said.

She is part of a seven-member special investigation team (SIT) of the CID probing Bhanushali's killing.

Deputy Superintendent of Police (CID) J P Raol, who is also part of the SIT, said the Ahmedabad airport authorities have been asked to provide data about air travellers during the period of the killing.

"It is still a matter of investigation as to where Chhabil Patel is. We have sought some information from the Ahmedabad airport authorities to find out if he has fled to another country," Raol said.

Bhanushali had stepped down as Gujarat BJP vice president in July last year after a woman accused him of rape. The High Court had later quashed the case after she withdrew the complaint.

He represented Abdasa Assembly constituency in Kutch from 2007 to 2012. Chhabil Patel, a Congress candidate then, had defeated him in the 2012 Assembly election.

Within two years, Patel switched sides and joined the BJP but lost the bypoll for the seat in 2014.

In 2017, the party chose Patel over Bhanushali for Abdasa seat, but he lost to a Congress candidate.

Jayanti Bhanushali's nephew Sunil Bhanushali had alleged in the police complaint that Patel held his uncle responsible for his defeat in 2014 and 2017 and held a grudge against him.

He also alleged that to end Jayanti Bhanushali's political career, Chhabil Patel and others made a CD which showed his uncle in a compromising position with a woman.

When Bhanushali refused to retire from political life as allegedly demanded by Patel, the latter hatched the murder conspiracy, the complaint said.